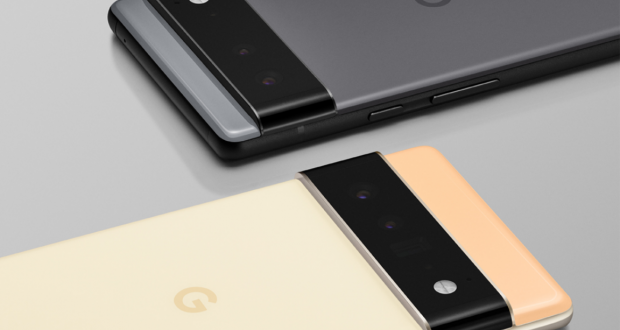 For many consumers, the camera is the most important piece of hardware in a smartphone. It’s no surprise, then, that Google made the camera the marquee feature of the Pixel. While Pixel phones have never featured top-of-the-line camera hardware, Google’s image processing pipeline and Google Camera app have consistently elevated the Pixel to a spot at the top of smartphone camera rankings. With this year’s Pixel 6 series, Google is improving the camera hardware in ways never before seen in a Pixel phone, and with a new, custom-made chip, the company has even more control over image processing. Now, thanks to an unreleased, internal version of the Google Camera app provided by our source, as well as further insight from our source, XDA can shed some light on the possible camera features that will make use of this upgraded hardware.

To protect our source’s anonymity, we can’t share any photo or video samples from the Pixel 6 Pro.

For background, here’s what we know so far about the Pixel 6 cameras: Although the Pixel 6 Pro was already rumored to have a better front-facing camera in terms of resolution, there may be another differentiator. Located within the ConfigPixel2021 class — the class responsible for defining which features to enable in the Google Camera app if the device is either the Pixel 6 or 6 Pro

This property is read to determine whether or not to show zoom options when the front camera is active, and it’s only true if the phone’s code-name matches “raven”, which has previously been determined to be the code-name for the Pixel 6 Pro. (The regular Pixel 6, for reference, is code-named “oriole”.)

Digging deeper in the code, we find a value called frontSupportedSingleUWDefaultToggleBarZoomRatioMap which defines the zoom ratios. Elsewhere in code, there’s another value called frontSupportedUWDefaultToggleBarZoomRatioMap which is used for the Pixel 3 and 3 XL — Google’s only phones with a dedicated ultra wide-angle selfie camera. The “Single” in the name of the first value, as well as the fact that the Pixel 6 Pro clearly only has a single front-facing camera, leads us to believe that the Pixel 6 Pro — but not the regular Pixel 6 — may have an ultra wide-angle front camera lens.

Without knowing the field-of-view, we don’t know exactly how wide the Pixel 6 Pro’s front camera actually is. However, our source confirms that the selfie camera on the Pixel 6 Pro offers two predefined zoom levels: 0.7X and 1.0X.

Both phones in the Pixel 6 series are expected to support audio zoom, a feature that was also present in the Pixel 4 series and Pixel 5. Using the microphones, the camera focuses on recording audio in the direction that the user is currently zoomed in on.

When looking through the other features defined for the Pixel 6 series in the Google Camera app, we made a few interesting discoveries. Sadly, some of the features we discovered are obscured by code-names, with much of the logic and processing hidden in closed-source libraries, making it difficult to determine what they do. Still, the code-names we did discover raise a lot of exciting questions about possible Pixel 6 camera features.

For the past few months, Google has been working on adding a manual white balance UI to the Google Camera app. We first spotted this back in July when a layout called “chameleon_ui” was added, but it seems the feature still isn’t ready. This feature may be tied to Google’s efforts to improve the ability of its phones to capture diverse skin tones. Google said that it is training its computational photography models to better understand different skin tones and adjust the white balance accordingly. It’s possible this manual white balance adjustment feature is only a developer feature, but we’re hoping the company will expose the feature to users looking for a more pro camera experience.

One of the most interesting code-names we discovered in the new Google Camera app is “swiss”, which is tied to a feature called “magic eraser.” This feature is enabled on the Pixel 6 series, at least according to the Pixel 2021 configuration file, and it’s also seemingly accelerated by the TPU in the Google Tensor chip. “Magic eraser” seems to be a post-processing effect, though we’re not sure exactly what it does. Based on the name, we think this feature will let you remove objects or people from a photo you’ve just taken. Perhaps the long-abandoned object removal feature in Google Photos is making a comeback in the Pixel 6? One of the few Pixel 6 camera features that Google publicly confirmed is face deblur. The company showed a demo of the feature to publications like The Verge, which described how the feature works at a high level. Basically, the Pixel 6, like previous Pixel devices, snaps multiple photos from the main sensor and combines them into a single HDR image. At the same time, however, the phone will also use the ultra wide-angle camera to quickly capture sharper images. The TPU then uses facial details from the ultra wide-angle images to deblur the face in the HDR image.

In the Google Camera app, this feature seems to be controlled by two related sets of flags: FACE_DEBLUR and HDR_PLUS_DEBLUR_FUSION, all of which are set to true for the Pixel 6 series. FACE_DEBLUR flags are referenced in the HDR+ post processing pipeline, as is expected. Code suggests the face deblur feature is currently accelerated by the GPU rather than the TPU, though. The HDR_PLUS_DEBLUR_FUSION feature, code-named “falcon”, has several properties under its belt, including ones that hint you’ll be able to save a before/after of the shot.

Google Camera 7.5 included a mysterious “naruto” code-name which left us with many questions, since at the time, the app’s code didn’t provide any clues about what it does. Thankfully, we’ve now learned that the “naruto” code-name belongs to a feature called “scene lock.” We’re not sure how this “scene lock” feature differs from the AF/AE lock already present in the Google Camera app, however.

There’s a puzzling mention of a feature called “FRONT_TORCH“, which is referenced in classes like “SelfieFlashIlluminationController.” It doesn’t look like there’s a physical front-facing LED flash on the Pixel 6 Pro, and according to our source, the only thing that happens when you turn on the flash while taking a selfie is that the Google Camera UI turns beige. This illuminates whatever is in front of the phone using the light emitted by the smartphone’s display, but it’s obviously not as powerful as a dedicated LED flash would be. This feature is also not new at all, but perhaps Google is working to tweak the feature in ways that aren’t visible in the version of the Google Camera app that my source has access to.

Located within the app — but currently unavailable to our source — is support for using a Bluetooth microphone during video recording. The Google Camera app added support for external (wired) microphones back in 2018, but it seems the app is preparing to add support for Bluetooth mics as well. The feature is code-named “sapphire” and doesn’t seem to be limited to specific Bluetooth audio products, like Google’s own Pixel Buds A.

We’ve spotted another possible new feature of the Google Camera app, one that, again, is unavailable to our source. Strings for this feature — called “Timer light” — suggest it’ll flash the LED light on the rear as the camera app is counting down before taking a shot. This will let users know when the phone is about to take a photo, as otherwise they can’t see the countdown on the screen.

A new feature called “nima aesthetic” seems to be enabled on the Pixel 6 series, though we’re not exactly sure what it does. It seems to be related to the existing Top Shot feature in Google Camera, which uses machine learning to pick the best image in a burst capture. Top Shot was introduced alongside the Pixel 3, but it seems Google is enhancing the feature with the launch of the Pixel 6 series. “Nima aesthetic”, like some other new features, appears to be hardware-accelerated by the TPU in the Google Tensor chip.

We previously reported that Google is working on a new camera feature called “baby mode.” While we can’t confirm many details yet, a teardown of the Google Camera app suggests the feature is exclusive (at least for now) to the Pixel 6 series, as it requires a camera library found on 2021 Pixels. Within one class related to the “smart capture” feature, we found the following constants: BABY_ACTIVITY_VALUE, BABY_VALUE, PLAY_WITH_BABY_VALUE. There are many, many other “activities” listed within the same class, all of which seem to be triggers for the Google Camera’s auto-capture feature (previously called “photobooth“). This suggests that the auto-capture feature will be able to recognize babies playing around and automatically take photos of them, among other newly-recognized activities.

One of the camera features that launched with the Pixel 4 series is “frequent faces.” When you enable the feature and take a group photo, the Google Camera app automatically focuses on the people you regularly photograph. It seems that the Pixel 6 series will be improving upon the frequent faces feature in some way, as the 2021 Pixel config lists FREQUENT_FACES_V2 as an enabled feature.

A feature called “PORTRAIT_SPOTLIGHT_ENHANCE_ENABLED” is set to true in the configuration files for the 2021 Pixel 5a and Pixel 6 series. Portrait spotlight, code-named “gouda.spotlight“, seems to be distinct from portrait relighting, code-named “gouda.firefly.” The latter feature is available to existing Pixel phones in the Google Photos app. 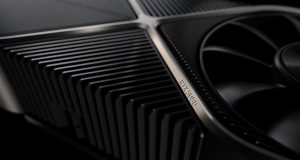 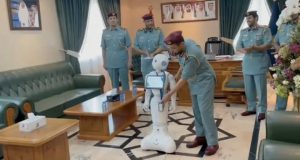 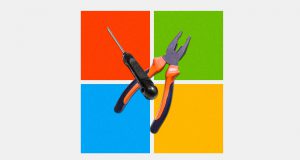