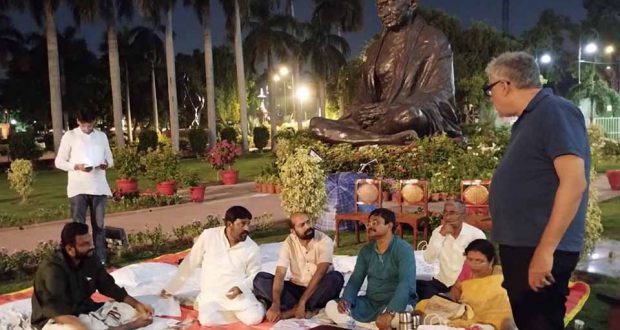 New Delhi, Jul 28: Braving mosquitoes and the heat, some of the suspended MPs like CPI’s Santosh Kumar, AAP’s Sanjay Singh spent the night beside the Gandhi statue in Parliament complex.

TMC’s Dola sen and Santanu Sen were present on the site till post midnight.

With no permission for a tent granted by the authorities, five MPs slept under the sky as a protest against the suspension of 24 MPs, 20 from Rajya Sabha and four Congress members from Lok Sabha.

In the morning, TMC MP Mausam Noor who brought tea for the MPs said that the Opposition MPs will not apologise and the protest will continue.

The opposition has demanded a discussion on price rise in both Houses of Parliament.

Suspended Congress MP Manickam Tagore tweeted a video of a mosquito sitting on the hand of an MP who is on the overnight protest roster of the Opposition.

Mosquitoes in Parliament but Opposition MPs are not afraid… @mansukhmandviya ji kindly save blood of Indians in Parliament … outside Blood are suck by Adani . #ParliamentMonsoonSession pic.twitter.com/tEpXyBuM44 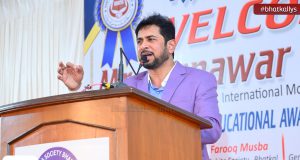