Home / India / Punjab to get its first Dalit chief minister: Who is Charanjit Singh Channi? Punjab to get its first Dalit chief minister: Who is Charanjit Singh Channi?

Charanjit Singh Channi will be Punjab’s new chief minister, the Congress announced today, after days of political turmoil in the poll-bound state. Channi’s appointment comes close on the heels of his predecessor Captain Amarinder Singh’s eventful exit after months of a bitter feud with rival Navjot Singh Sidhu.

Channi’s appointment came after another outgoing minister – Sukhjinder Singh Randhawa’s name started doing the rounds for the top post. But the Congress high command was quick to change sides. Channi will be the state’s first Dalit chief minister.

WHO IS CHARANJIT SINGH CHANNI?

Charanjit Channi is a three-time MLA from Chamkaur Sahib. The 49-year-old was Punjab’s Technical Education and Industrial Training, Employment Generation and Science and Technology minister before his surprise appointment today.

Channi beat several Congress heavyweights to the top post, like Navjot Singh Sidhu, Sunil Jakhar and Ambika Soni, who declined the offer saying the chief minister of Punjab must be a Sikh leader. Soni was believed to be the first choice of the Congress for the top post.

Channi’s appointment is significant as Punjab has an approximate 33 per cent Dalit population, a key vote bank the Congress may be looking to target with the big move in the assembly elections next year.

Channi was first elected to the state assembly in 2007. Before that, he served as the President of the municipal council in Kharar for two terms. Channi was also the leader of opposition in the Punjab assembly in 2015-16. He was made a minister in the Captain Amarinder Singh government in March 2017.

The newly-elected chief minister is also at the centre of a #MeToo case for allegedly sending an inappropriate text to a woman IAS officer in 2018. The officer never filed a case and Captain Amarinder Singh had then said the case had been “resolved”.

However, earlier this year, the controversy made a comeback after the state women’s commission sent a notice to the government seeking a reply in the case. 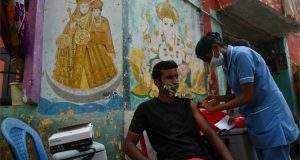 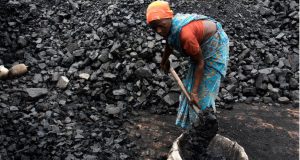