Home / Gulf / 6 Pakistanis, including 4 of a family, killed in UAE villa fire 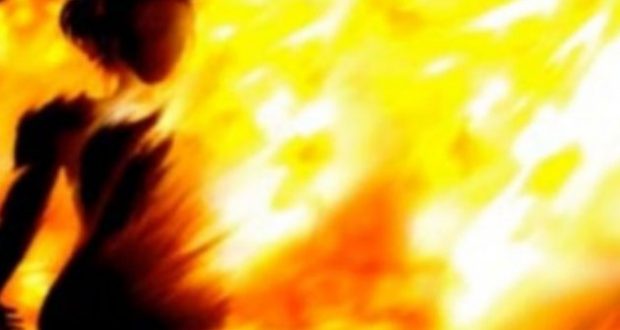 6 Pakistanis, including 4 of a family, killed in UAE villa fire

Six Pakistani men, including four of a family, were killed after a fire broke out in a villa in Al Ain’s Zakher area, the police said on Sunday. The tragedy was reported at 5.53am on Friday.

The police said the survivors of the fire failed to inform the police as soon as it broke out, causing it to spread rapidly. Two men at the scene tried to put out the blaze on their own, but failed to do so.

The deceased have been identified as Omer Farouq (23); his elder brother Khurram (27); their father Farouq, who was in his 50s; their relative, Ali Haider; and two family friends, Khayal Afdal and Eid Nawaz.

A lone survivor of the tragedy, Mohammed Raheem, 50, who was visiting the family from Dubai, told Khaleej Times that he escaped by smashing open the aluminium roof of a bathroom. “I tried to pull Omer out, but he fell unconscious after suffocating due to the smoke,” said Raheem, who works as a driver.

According to him, Omer, Khurram, Khayal and Eid were sleeping in one room, while he, Farooq and Ali were sleeping in another. “I woke up because of the heat. By the time we realised there was a fire, it had spread all over. Omer and Haider tried to reach the other room, but it was impossible because of the raging flames. I escaped by God’s grace, but I am struggling to cope with the loss of my friends,” said Raheem.

He said the neighbours called the civil defence, after which a team arrived at the spot. The victims were rushed to Al Ain Hospital, where the six men were declared brought dead.

Omer’s close friend, Nasir Kabir Khan, said he was with Omer till the “early hours of Friday” and dropped him home. “We said salam without knowing that was our last goodbye,” said Khan, who went to school with Omer.

“It was a shocking sight when I reached the house. It was completely charred. I rushed to Al Ain Hospital only to realise that my friend was no more. Doctors told us he died of suffocation, while Khurram’s body was charred beyond recognition,” said Khan.

According to him, both Omer and Khurram were working at a furniture store and got married just six months ago back in Pakistan. “Omer worked in the Al Ain branch of the store, while Khurram was in Ajman. He was visiting his father during the weekend.” said Khan.

Farouq’s other four children and wife went back to Pakistan a few years ago.