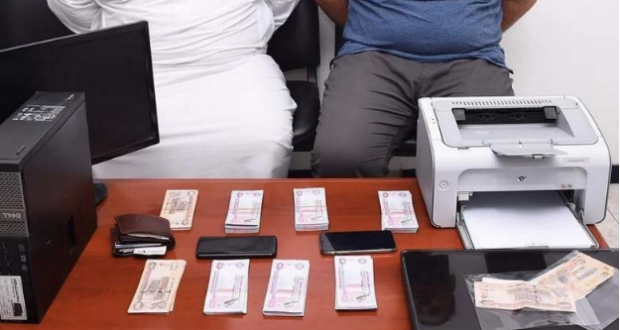 The Sharjah Police have arrested two Asians for trying to promote circulation of fake Dh100 and Dh200 bank notes in groceries and petrol stations.

Acting on a tip-off, the police set up search teams to track the whereabouts of the suspects and their identities. After an intensive hunt, the cops raided the residence where the duo was hiding and found counterfeit currencies worth Dh45,500 from their possession.

Speaking to Khaleej Times, a police expert said that counterfeit notes are issued from illegitimate source. They are difficult to detect and so their circulation goes unnoticed.

There are organised groups which are behind them and every gang has a number of members who are supposed to play specific roles – from networking to manufacturing and marketing, he added.

He pointed out that counterfeiting of currency is one of the most serious crimes, because it affects the society and economy. Counterfeiting disrupts banking and market transactions, the cop said.

To tackle counterfeit notes, it requires technology that can detect such currencies, as well as forged documents.