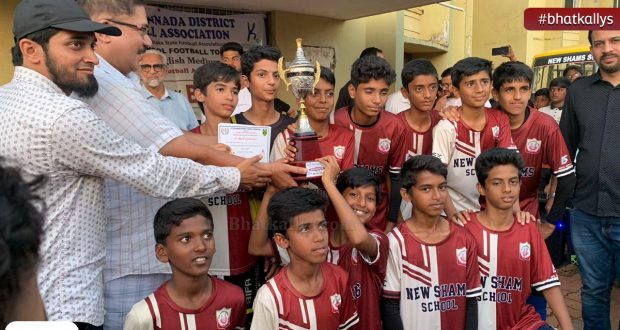 Bhatkal: 25 December 2022 (Bhatkallys News Bureau) New Shams School Bhatkal emerged as the champions at the Uttara Kannada District Football Association (UKDFA) Football tournament by winning the U10, U12, and U14 categories of the tournament. 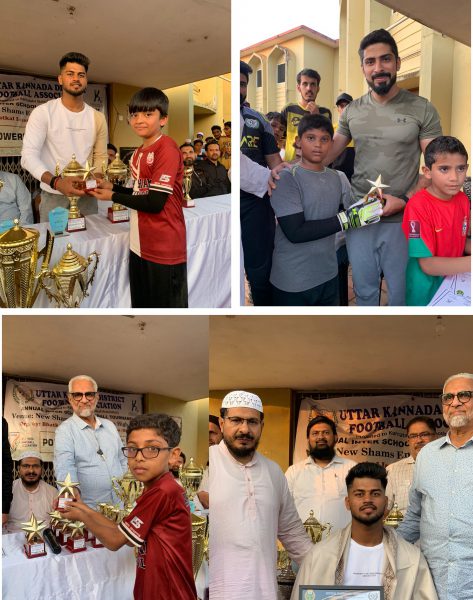 The 14th edition of the UKDFA’s annual tournament was held at the Syed Ali Campus of New Shams School here in the city.

UBSEMS and GHPU RMSA School played the final match in the U17 category where UBSEMS Byndoor was defeated to win the title outclassing GHPU RMSA SCHOOL 6-1. 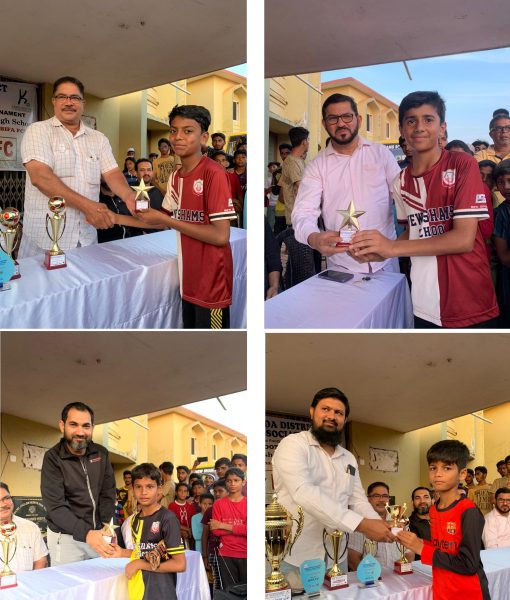 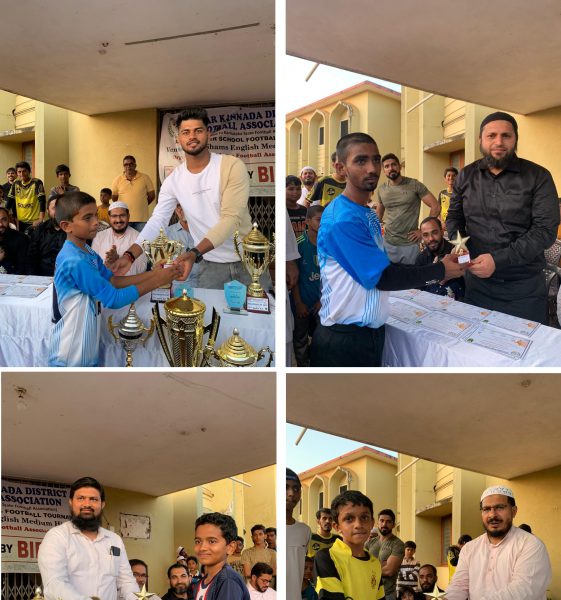 In the U-10 category, the New Shams School played As-Suffah School in the final match and emerged as winners with a margin of 3-1.

The champion & runner-up teams were awarded trophies and certificates. 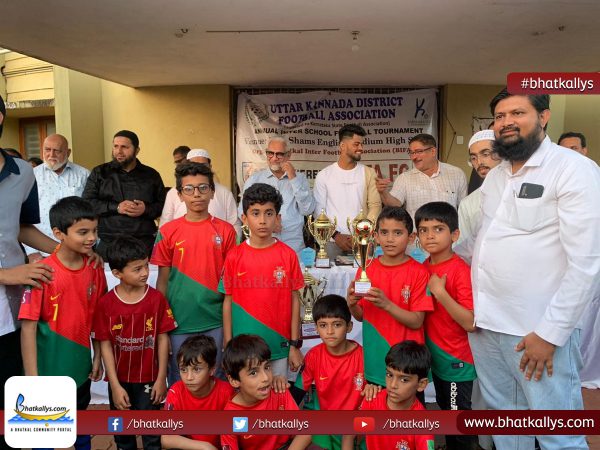 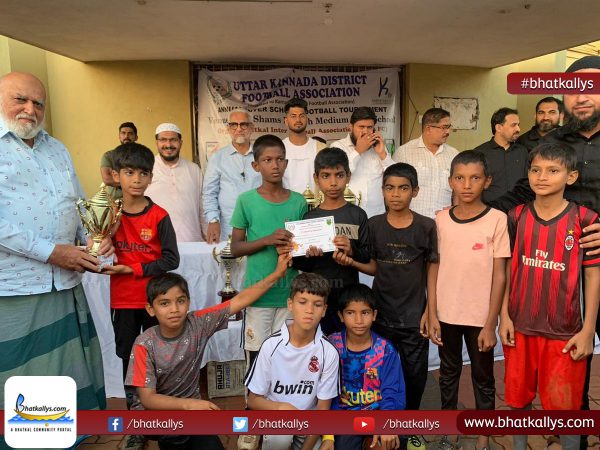 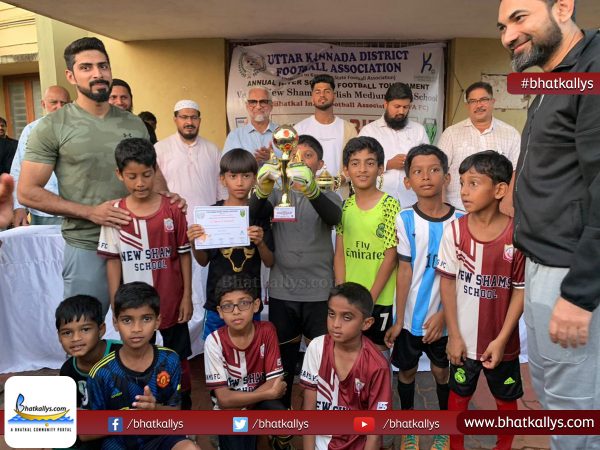 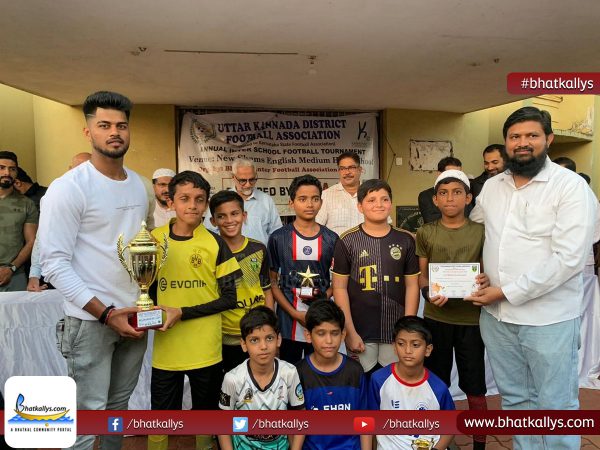 On this occasion Ranjit Naik was felicitated for his achievements in kabaddi sport being selected in the pro kabaddi team at 8.78lakh rupees). He is being televised currently in pro kabaddi current season. 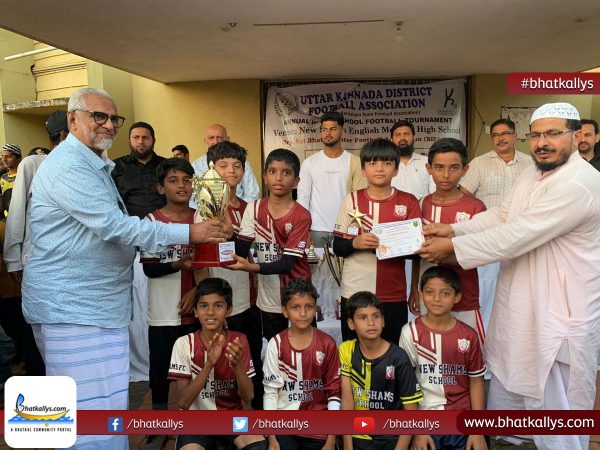 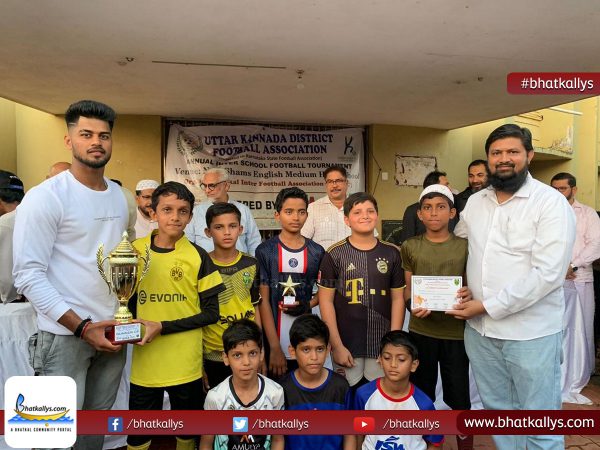 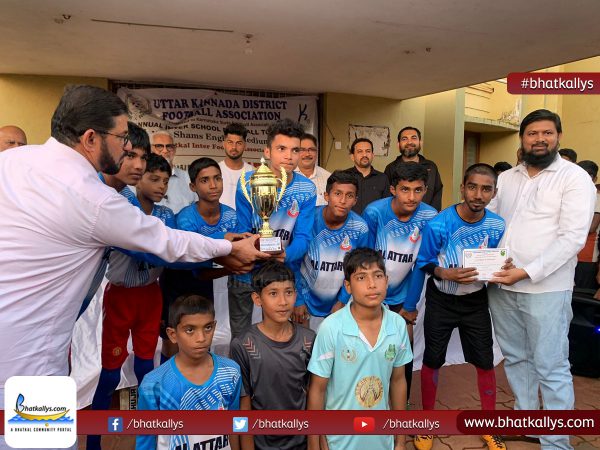 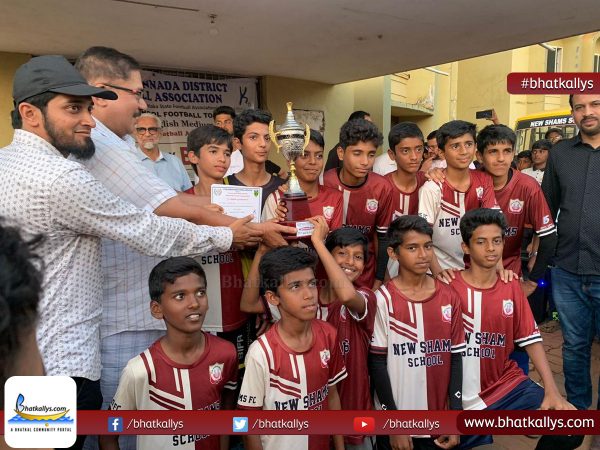 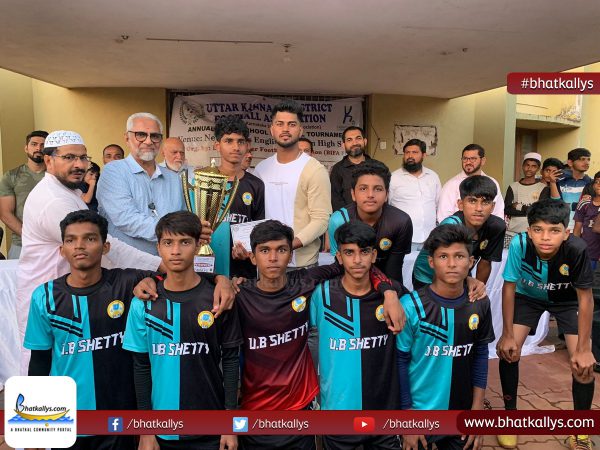 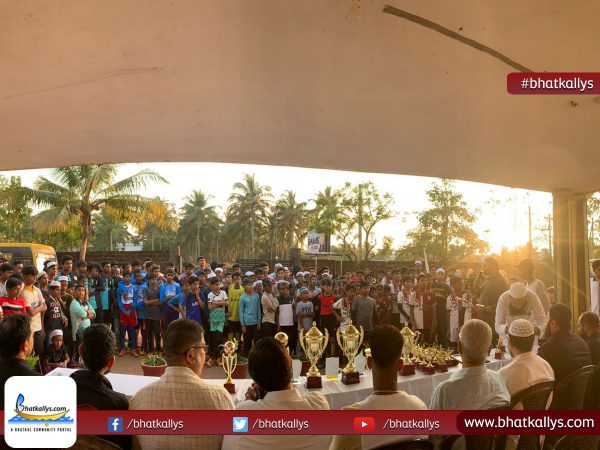 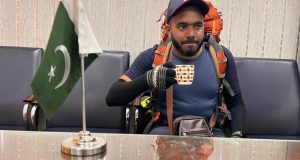