Home / World / Wuhan, once epicentre of Covid-19, gets ready for life after lockdown 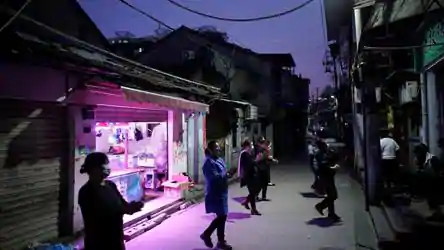 China’s National Health Commission (NHC) in its daily report said other than the 30 new confirmed Covid-19 cases reported in the mainland on Saturday, 47 new asymptomatic cases were also reported.

Asymptomatic coronavirus cases are those who test positive for the virus but do not show any symptom and have the potential to cause sporadic infection clusters.

The mass quarantine will be officially lifted in Wuhan on Wednesday. This means that trains will be able to leave, the airport will resume flights out, and cars blocked from exiting as the pathogen roared through Wuhan can take to the highways again.

People, however, move around cautiously, keeping their distance. Everyone, without exception, is wearing masks.

While factories in this Chinese city are allowed to re-start, workers are slow to return and supply chains are in disarray. Shopping malls have re-opened, but they’re largely empty, most people still too scared to go out for anything but essentials.

With more than half of China’s officially reported virus cases and deaths, Wuhan is both where Covid-19 began, and where it left the deepest wound. Once a regional powerhouse where gross domestic product growth for last year was expected to have come in at 7.8 per cent, it’s now grappling with the challenges of starting again.

Early signs indicate it will be a slow and painful process, with the shock of the epidemic still lingering and fears of a second virus wave keeping businesses from resuming full operations.

“Our goal for 2020 is first to survive physically,” Ma Renren, 33, who runs a small marketing agency, told Bloomberg. “Second is for our businesses to survive.”

Three deaths were reported on Saturday – all from virus epicentre Hubei Province – taking the coronavirus death toll in China to 3,329 people.

The overall confirmed cases in the mainland reached 81,669 on Saturday, including 1,376 patients undergoing treatment and 76,964 others discharged from hospitals after recovery.

On March 27, Wuhan’s coronavirus risk evaluation was downgraded from ‘high risk’ to ‘medium risk’. Now, Hubei Province has no cities or counties marked as ‘high risk’.

Chinese President Xi Jinping led the national mourning from Beijing. Three minutes’ silence was observed all over the country and flags flew half-mast.