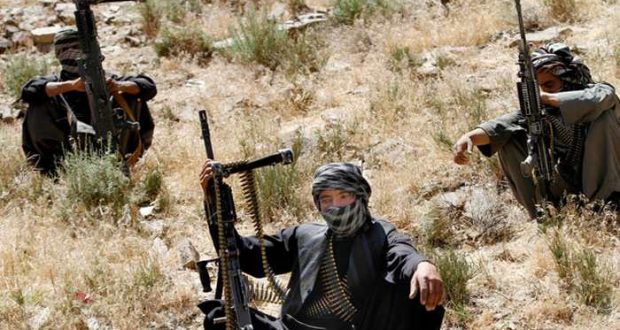 US designates leader of Pakistan Tehrik-e-Taliban, Noor Wali, as terrorist

The United States on Tuesday designated the leader of Pakistan-based terror organisation, Tehrik-e-Taliban Pakistan (TTP), as a terrorist. TTP, also known as Pakistan Taliban, in an alliance of the terror group.

The group is responsible for carrying out multiple suicide bombings and killing hundreds of civilians. The TTP was earlier designated as Specially Designated Global Terrorist (SDGT) by the Department of State.

“Under Noor Wali’s leadership, TTP has claimed responsibility for numerous deadly terrorist attacks across Pakistan,” said US state department in a statement.

The decision by the state department was taken to deny the terrorist group “the resources to plan and carry out attacks”.

According to the United Nations, the TPP is associated with Al-Qaida. It is responsible for “financing, planning, facilitating, preparing, or perpetrating of acts or activities by, in conjunction with, under the name of, on behalf of, or in support of, supplying, selling or transferring arms and related materiel to, recruiting for or otherwise supporting acts or activities of” Al-Qaida.

This comes as another blow to Pakistan which has been repeatedly called out by the world community for supporting the terrorist groups. Pakistan has been under the FATF radar for its complicity towards terror groups like Lashkar-e-Taiba (LeT) and Jaish-e-Mohammed (JeM) among others.

The FATF had given a stern message to Pakistan to expedite its action plan for curbing terror financing by October or face the prospect of getting blacklisted, which could aggravate problems for its stagnant economy. The present action by the US might adversely impact Islamabad case in front of the FATF.

“The State Department is moving aggressively to implement these new authorities. Today, the Department has designated one terrorist group – Hurras al-Din, an Al-Qaida affiliate in Syria – as a Specially Designated Global Terrorist (SDGT),” the statement said.

The new order puts foreign financial institutions on notice that they risk sanctions if they knowingly “conduct or facilitate any significant transactions on behalf of designated terrorists”.

Previous: At least 31 dead in stampede at Ashura rituals in Iraq’s Karbala
Next: Six children drown in Karnataka pond while immersing Ganesha idols