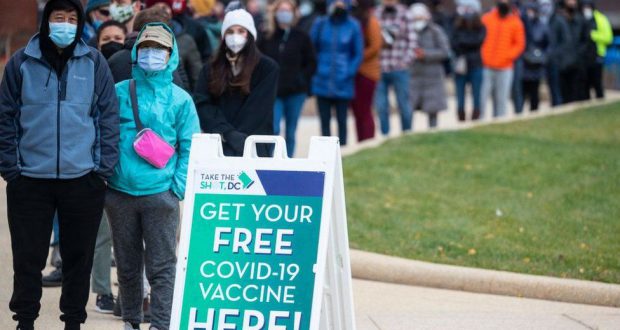 From next week, international travellers to the US, including Americans, must take a Covid test no more than one day before travel, regardless of vaccination status.

Those recently recovered may provide “proof of recovery” documents instead.

Mask requirements on planes, trains and buses will be extended until mid-March.

Millions of free and insurer-funded home tests will also be made available.

Ten cases of the Omicron variant have been detected in the US: in California, Colorado, Minnesota, and New York, and in Hawaii, where authorities say that person had no recent travel history.

State health officials have reported only mild symptoms in these cases.

The variant has now been found up to 30 countries, according to reports.

It is still not clear whether Omicron, a highly mutated variant, is associated with more transmission or more risk of evading vaccines.

The US is encouraging all adults to get booster vaccines, amid warnings Covid cases will rise this winter.

“We’re going to fight this variant with science and speed, not chaos and confusion,” Mr Biden said at the National Institutes of Health in Maryland.

He repeated earlier assurances that the plan “doesn’t include shutdowns or lockdowns”.

Over 40 million Americans have received their Covid boosters, but nearly 100 million more are eligible and have not yet had theirs, the president said.

Hundreds of family vaccination clinics will be set up across the country in an attempt to increase vaccination rates among children and teenagers.

Officials said private insurers would be obliged to reimburse their 150 million customers for at-home Covid tests they buy, and that 50 million tests would be distributed free to the uninsured through health centres and rural clinics.

However, reimbursement for tests does not begin until January, after the holiday period which sees increased travel and indoor mixing. 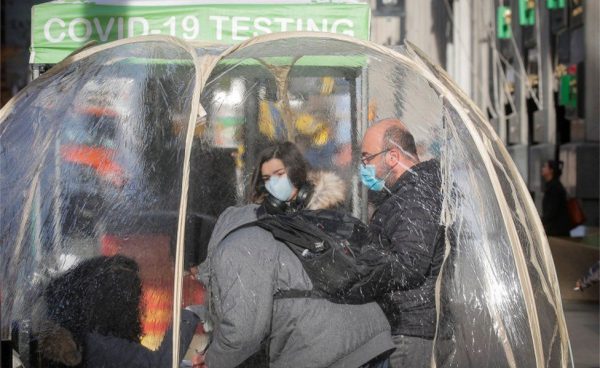 The US and several other countries have banned travel from eight southern African countries. Health experts have said travel restrictions will buy them time to study the new variant.

A man who attended a convention in Manhattan in late November had tested positive for the variant, officials said.

One of the cases was a vaccinated 67-year-old woman in Suffolk County who was experiencing mild symptoms of a cough and a headache, said Governor Hochul. The other four were in New York City.

A case confirmed in California on Wednesday and in Colorado on Thursday were identified in travellers who had recently flown back from South Africa.

An Omicron-positive individual in Minnesota had recently returned from a three-day anime (Japanese cartoon) convention in New York City.

The person in Hawaii, who was unvaccinated and had previously been infected with coronavirus in 2020, had no recent travel history. This indicated that community transmission there had probably already begun, health officials said.

The Hawaii case was experiencing mild to moderate symptoms and was isolating at home, said officials.

Return to normal is still far off

With the rise of the Omicron variant, Joe Biden is back in front of the American people with another set of steps to stop the spread of Covid-19.

Unlike his last major action, however, the administration’s plan is light on government mandates – perhaps a reflection of the political firestorm his previous orders created and the legal morass that has enveloped them.

Instead, Mr Biden is pushing for greater access to testing and encouraging, but not requiring, all Americans to get vaccination booster shots.

He also makes specific mention of keeping schools open and children in classrooms – a reflection of the white-hot rage last year’s extended closures generated among some suburban parents, who have become a key part of the Democrats’ electoral voting bloc.

When Mr Biden assumed the presidency earlier this year, he acknowledged the success of his tenure would be determined in large part by his ability to contain the pandemic and return a semblance of normalcy to American life.

After some early positive results, the rise of new variants – along with vaccine hesitancy among some in the US – dampened those hopes and exacted an economic and political toll.

Thursday’s actions suggest Mr Biden knows a return to normal is still a long way off. 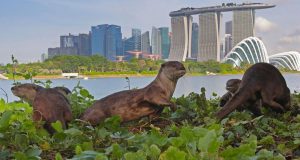 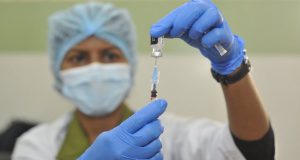 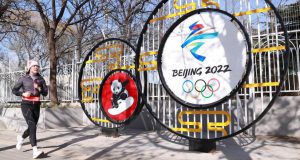