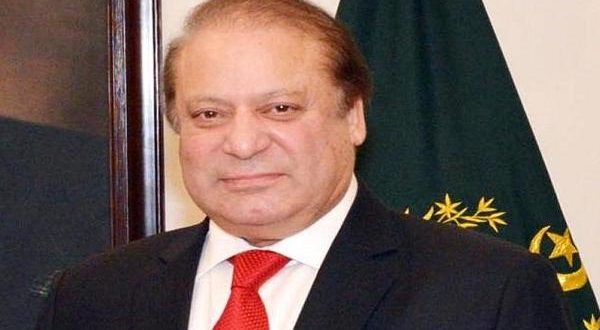 Islamabad: Pakistan’s former prime minister Nawaz Sharif has been declared an “absconder” by the government for violating the bail requirements by not presenting his medical report from his doctors in London, according to a media report on Wednesday.

Sharif, 70, left for London in November last for treatment after the Lahore High Court allowed him to go abroad on medical grounds for four weeks.

According to Sharif’s physician, the three-time prime minister is suffering from complex multi-vessel coronary artery disease and substantial ischemic and threatened myocardium for which he is due to undergo surgery.

The government on Tuesday decided not to extend the bail of Sharif and declared him an absconder for violating the bail requirements by not presenting his medical report before a board formed on the order of the Islamabad High Court (IHC), Dawn Newspaper reported.

The decisions were taken at a meeting of the federal Cabinet presided by Prime Minister Imran Khan.

“After Nawaz Sharif failed to submit his medical report of any hospital in London, the medical board rejected a medical certificate sent by him and (the government) declared him an absconder,” Special Assistant to the Prime Minister on Information Firdous Ashiq Awan said at a post-Cabinet meeting press conference.

“From today Nawaz Sharif is an absconder according to the law of land and if he does not return to the country he will be declared a proclaimed offender, Awan said.

She said the Punjab government, which was authorised by the IHC to decide Sharif’s case on medical grounds, had written several letters asking the self-exiled former premier to submit his medical report from any hospital in London, but he failed to do so and only sent a certificate which was not accepted by the medical board.

If he (Nawaz Sharif) is seriously ill then why a comprehensive medical report is not being submitted to the medical board, she added.

The medical board wants to know exactly about ailment of Nawaz Sharif and its treatment and due to his lack of response the Punjab government has decided not to accept Sharif’s application regarding extension in his eight-week bail (that expired on December 24, 2019),” Awan added.

She did not elaborate how Sharif could be declared an “absconder” legally, the paper reported.

Sharif was granted bail on humanitarian grounds on November 4 last year by the Lahore High Court in the case.

The former prime minister left for London on November 19 in an air ambulance.

On December 24, 2018, an accountability court had sentenced Sharif to seven years in prison in the Al-Azizia Steel Mills corruption case and acquitted him in the Flagship case.