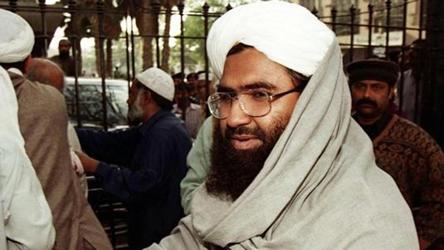 The Intelligence Bureau (IB) has alerted the government about the deployment of additional Pakistani troopers along the border near Rajasthan and said Islamabad has released Jaish-e-Mohammed chief Masood Azhar to carry out terror attacks, according to two officials aware of the developments. HT has also accessed an input issued in this regard.

According to the input, Pakistan is planning “big action” in Sialkot-Jammu and Rajasthan sectors in the coming days in response to the government’s move to revoke Article 370 that gave Jammu and Kashmir some autonomy and prevented non-residents from buying property and getting government jobs in the state. The input warned that Pakistan has started deploying additional troops near the Rajasthan border as part of the plan.

The input has been conveyed to the respective Border Security Force and army field formations in Jammu and Rajasthan sectors “to avoid any surprises” from the Pakistani army and the troops have been asked to remain alert, the officials cited above said.

Pakistan Prime Minister Imran Khan on Friday threatened “fullest possible response” to India’s moves in Jammu and Kashmir. Khan added the global community would be responsible for any “catastrophic” aftermath as he continued his rhetoric amid rising tensions with New Delhi since the government abrogated Article 370 and bifurcated Jammu and Kashmir into two Union Territories.

The comments by Khan, who last week said there was a risk of India-Pakistan war, came on a day Pakistani army chief General Qamar Javed Bajwa said they were prepared to “go till any extent”. Bajwa added they were ready to “give sacrifices for our Kashmiri brothers, fulfil our duty till the last bullet, last soldiers and last breath”.

Amid rising tensions between the two countries, the IB input said Pakistan has “secretly” released Jaish-e-Mohammed (JeM) chief Maulana Masood Azhar to plan terrorist operations while other terror organisations were also working openly. There were uncorroborated reports after the February 14 car bomb attack in Jammu and Kashmir’s Pulwama that Pakistani agencies had taken Azhar into protective custody.

JeM took responsibility for the attack in which 40 paramilitary troopers were killed and prompted India to carry airstrikes on the group’s camp in Pakistan’s Balakot on February 26.

One of the officials cited above said Pakistan’s spy agency, Inter-Services Intelligence (ISI), had no inkling that the Indian government would revoke Article 370 on August 5. “It is being considered the ISI’s biggest intelligence failure in history and now they are under pressure to act,’’ the official said on condition of anonymity.

The official added while the Pakistani army will try to play mischief, militants like Azhar have been unleashed to carry out terror attacks in India. “Pakistan may try to use the current situation and the Indian government’s focus in Jammu and Kashmir to target somewhere else.”

Azhar, who is wanted in India for several attacks, including the 2016 Pathankot airbase attack, was among four people declared as individual terrorists on August 4 under a new anti-terror law passed in August.

In an interaction with journalists on Saturday, national security adviser Ajit Doval said Pakistan is trying to create trouble and some 230 terrorists have been spotted across the border.

There have been sporadic skirmishes along the India-Pakistan border since August 5. Army chief General Bipin Rawat told HT last week that Pakistan has reopened terror training camps and attempted to push infiltrators. He said that the Indian Army is ready for any eventuality.

Internal security expert Ajay Sahni said Pakistan sees the abrogation of Article 370 as a provocation and has to be seen doing something about it, saying: “Also, Pakistan is under tremendous pressure from the international community over terrorism, failing the FATF [Financial Action Task Force] yardsticks, the economic situation, and others, which are limiting its capacity to respond. It is difficult to predict how Pakistan will respond.” Sahni, however, cautioned against taking all the IB inputs at face value.