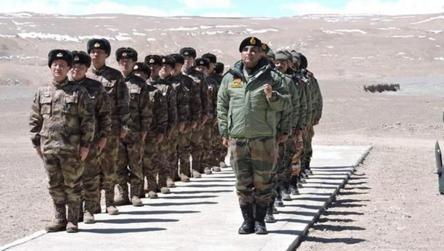 A face-off between Indian and Chinese armies was resolved on Wednesday near the northern bank of the Pangong lake, in the newly-formed union territory of Ladakh, after delegation level talks:

The stand-off started while the Indian Army was patrolling along the northern bank of the lake when the Chinese troops objected to their presence. A delegation level talks were held that helped de-escalate and fully disengage, army officials said.

Last month, Beijing had said it was concerned over India’s decision to revoke Article 370 in Jammu & Kashmir, and added it was “unacceptable” that New Delhi had changed Ladakh’s status. India last month bifurcated Jammu & Kashmir into two Union territories — Jammu & Kashmir and Ladakh. China is one of the few countries that has lent support to Pakistan on the issue.

China remains the “all-weather” strategic ally and one among the primary economic benefactors of Pakistan, which has been vocal in its opposition against India’s moves in J&K.

Last week, India and China postponed the next round of border talks under the “special representatives” (SR) mechanism. Top officials from both countries had been expected to meet later this month in New Delhi for the 22nd round of the talks to resolve the long-standing dispute over the 3,488 km border.

The 21st round of the talks took place near the city of Chengdu in southwest China last November.

A solution to the Sino-India border dispute continues to elude the two countries after nearly 45 rounds of talks since 1960.