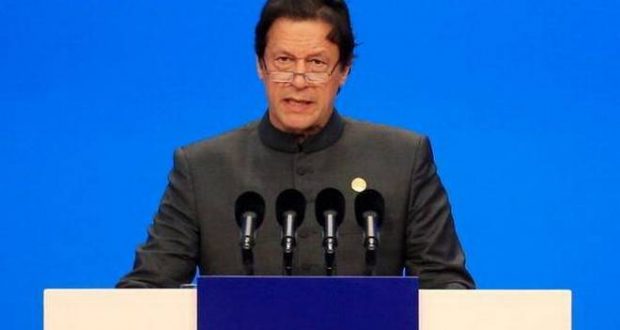 Islamabad: Prime Minister Imran Khan has directed authorities to take every possible step to help Pakistani students stuck in China’s Wuhan, the epicentre of the deadly coronavirus, after mounting pressure about their fate.

The government, however, has said that it would not evacuate its citizens from Wuhan in an attempt to stem the spread of the coronavirus which has killed over 1,000 people and infected nearly 50,000 since its outbreak, The Express Tribune reported.

“I have issued instructions to our Foreign Office and Overseas Ministry to do everything possible for our students who are stuck in Wuhan city,” Khan tweeted on Wednesday night.

Khan also expressed support for China and promised to provide every help to combat the deadly virus.

“Pakistan stands with the people and govt of China in their difficult and trying time and it will always stand by them. We will be extending every material and moral support to China just as China has always stood by us during all our times of trial and tribulation,” he said in another tweet.

According the Foreign Office, more than 28,000 Pakistani students, including 500 in Wuhan, are studying in China.

Some of them, have through social media had been persistently asking Pakistan government to help them come back.

Pakistani students of a Chinese medical university got panicked as patients infected with the deadly virus were shifted to a building located near their university, Dawn reported.

Islamabad has contacted the Chinese authorities with the request to shift those patients somewhere else, according to the report, which did not name the university.

Meanwhile, there was heated debate in the Senate Standing Committee on National Health Services on Wednesday on the issue of bringing back students.

“My nephew is in China and my whole family is disturbed due to outbreak of the virus in China. My nephew has told us that three out of four gates of the university remain closed, he said.

Special Assistant to the Prime Minister (SAPM) on Health Dr Zafar Mirza said that he, along with SAPM on Overseas Pakistanis and Human Resources Syed Zulfikar Ali Bukhari, had talked to Pakistani students through video link.

Though it is being said that the students have been suffering and are panicked but at the same time a number of students are quite happy there and don’t want to return, he said.

Mirza said that a few days ago a wave of concern was triggered among the students of a Chinese university as an isolation ward was established near their varsity.

Students feared that they may be infected with the virus. However because of a huge number of patients it was necessary to shift patients to a block near university. We have contacted the Chinese authorities and asked them to shift those patients somewhere else, he said.

Mirza also said that there was no case of coronavirus in Pakistan.

In Pakistan samples of 57 suspected patients have been tested and not a single has been found positive. We can surely say that there is no confirmed case of the virus in Pakistan, he said.

According to the website of the World Health Organisation, the outbreak of the virus was first reported from Wuhan, China, on Dec 31, 2019.

More than 45,000 cases of the virus have been reported and over 1,100 persons have died due to the deadly virus.

Previous: Kerala man sustains 90% burns while trying to save wife from fire in UAE
Next: Jobs for Kannadigas: Statewide bandh called in Karnataka