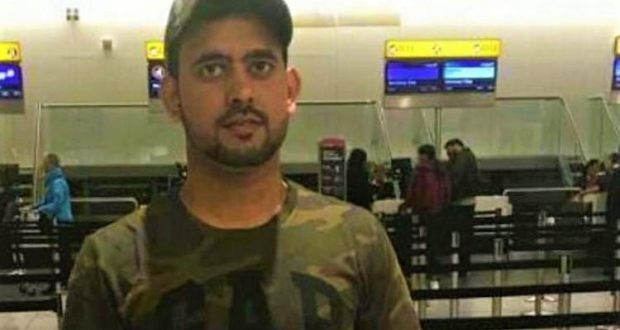 In a horrifying incident, a Hyderabad man working at a supermarket in London was stabbed to death in the outlet’s parking lot on Wednesday, in full public view. The deceased has been identified as Mohd Nadeemuddin. He was working at Tesco Supermarket in a mall and had been living in London for the past six years. Nadeemuddin’s family hails from Noor Khan Bazaar in Hyderabad.

The incident took place even as horrified shoppers looked on. Nadeemuddin was rushed to hospital where he was later pronounced dead. The Thames Valley Police sealed the premises of the parking lot to collect forensic evidence and said that they were investigating the crime.

“I want to reassure all residents that the Major Crime Unit has commenced an extensive investigation. We are already reviewing CCTV, taking witness statements and carrying out forensic examinations,” TVP’s Major Crime Unit, Detective Superintendent Ian Hunter, said in a statement.

In a statement, Tesco said, “We are deeply shocked and saddened by the fatal stabbing in our Slough Extra car park today and our thoughts are with the victim’s family at this very difficult time.”

The accused is yet to be identified and the police have launched a manhunt. A murder case has also been registered. Meanwhile, family members suggest that the person who murdered Nadeemuddin may have been known to him.

According to media reports, Nadeemuddin’s pregnant wife was staying with him and had moved to London a month ago. His family has now appealed to Union Minister for External Affairs Minister Sushma Swaraj to expedite the visa process so that a family member can go to London and help Nadeemuddin’s wife.

“It will take about a fortnight for the formalities to be completed and to bring the body to India. So we have asked the Government of India to help the family travel to London and be along with the Nadeem’s wife, who is pregnant,” Faheem Qureshi, a family friend of Nadeemuddin was quoted as saying.