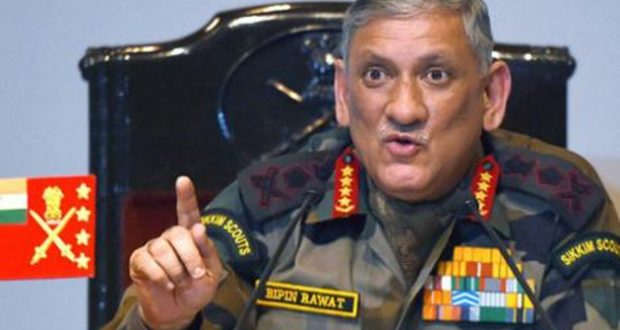 For better ties with India, Pakistan needs to be a secular state: Army chief Bipin Rawat

Army Chief General Bipin Rawat said in Pune on Friday that Pakistan needs to be a secular state to have better ties with India, reports ANI.

“Pakistan has made its state an Islamic State. If they have to stay together with India, then they have to develop as a secular state. If they’re willing to become secular like us, then they seem to have an opportunity.” Rawat said at a function to review the passing out parade of 135th course of the National Defence Academy in Pune.

The observation comes amid Pakistan expressing an inclination for greater engagement, most of which came in the wake of the two nations deciding to build a corridor for Sikh pilgrims from India to visit the Kartarpur shrine in Pakistan.

Pakistan Prime Minister Imran Khan acknowledged on Thursday it was not in the country’s interest to allow its soil to be used for terrorism and said he was prepared to talk to his Indian counterpart Narendra Modi at “any time”.

In Pune, Rawat also spoke about the role of women in defence forces. The Army chief said they are exploring if women can be given permanent commission. “In some fields where we need permanency and male officers in a command-oriented Army don’t fit everywhere. Keeping women officers in fields like language interpreter, military diplomacy will be beneficial,” he said

Previous: ”Will identify them, throw them out”: Amit Shah on illegal immigrants
Next: Soon, underwater travel between Mumbai and UAE might be possible