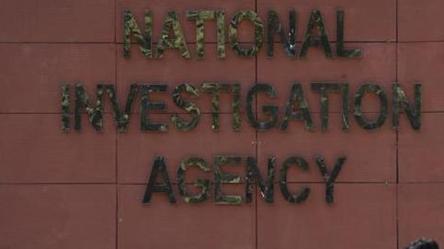 Three officials of the National Investigation Agency (NIA) who were probing a terror funding case have been removed for allegedly asking for bribe, the NIA Tuesday said.

Pakistan-based Hafiz Saeed, the globally designated terrorist, is an accused in this case.

The NIA, the country’s federal anti-terror investigation agency, was probing funds being sent to India to set-up a terror network in the country.

The three officials include a superintendent of Police, officials who didn’t want to be named said.

Two of the three officers accused of bribery have been sent packing to their parent organization, a senior NIA official said on conditions of anonymity. A third officer has been moved to a non-sensitive role in an NIA branch office.

Asked, the NIA spokesperson said the agency had received a complaint of misconduct against the three officers.

“An enquiry into the allegations is being conducted by a Deputy Inspector General-rank officer. In the meantime, the three officials concerned have been transferred out to ensure a fair probe,” the NIA spokesperson said in reply to a query.

The NIA had searched the premises of a Delhi-based business man for allegedly handling slush funds sent from Pakistan via Dubai. The officials who have been removed allegedly asked for a bribe to go easy on the businessman, the official said.

The NIA was set- up after 26/11 Mumbai terror attack case. It exclusively handles terror cases. Recently, the NIA was given more powers and the Unlawful Activities (Prevention) Act was amended to name individuals as terrorist.