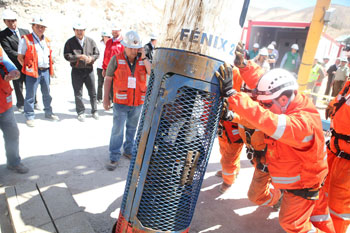 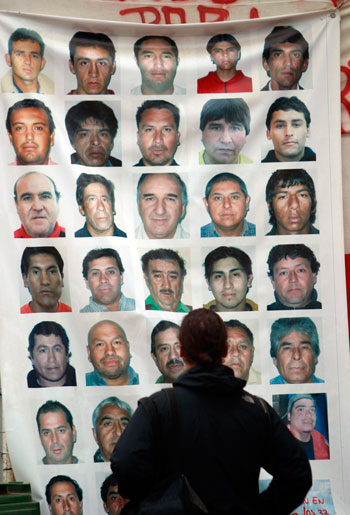 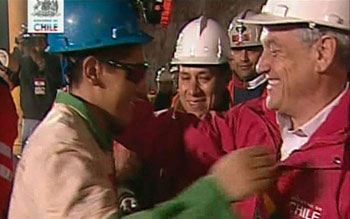 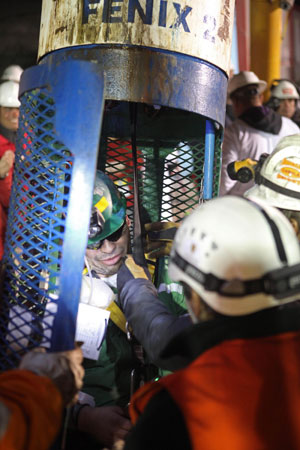 The miracle occurred. Against all odds, the Chilean miners trapped 69 days underground were pulled out one by one from their pocket of survival in a hour-long journey from the centre of the earth. At the time of going to Press, 19 men from the 33 had been brought up in the capsule rightly dubbed The Phoenix (the mythical bird that rose from the ashes).

As families wept and the world cheered and the night turned old in the town of Copiapo, the centre of the action was Camp Hope where scores of parents and wives and children have mounted vigil with the global media and fellow citizens next to the drilling operation.

As the eighth miner rose to the surface, dawn broke with almost poetic nicety and the sun came out as if in applause for the world’s most dramatic underground rescue operation in living memory.

It was only fitting that half the government led by President Sebastian Pinera was on the spot not as VIPs but as an integral part of the rescue bid.

The rescued miners punched the air and hugged their families in a triumphant end to their two-month ordeal. One by one, the miners climbed into the capsule, which is barely wider than a man’s shoulders and equipped with a gas mask and escape hatches for emergencies, and took a roughly 15-minute journey through 625 metres of rock to freedom.

Scenes of jubilation erupted every time a miner arrived at the surface of the San Jose gold and copper mine in Chile’s northern Atacama desert. Rescuers said they hope to pull out the remaining miners before the end of the day.

"This is a miracle from God,” said Alberto Avalos, the uncle of Florencio Avalos, a father of two who was the first to emerge, shortly after midnight. Avalos’s father Alfonso raised his arms in triumph before hugging his wife, his face creased with emotion as he exclaimed: "It’s a huge joy. I’m so happy.”

But then the hundreds of journalists covering the moment crowded around them, jostling so forcefully to get an in-terview they toppled the tent and trampled each other.

Mario Sepulveda, the second miner to escape, had everyone laughing when his whoops of joy resounded on the surface even before he arrived. He then stepped out of the capsule, opened up a yellow bag, pulled out souvenir rocks from below and began handing them out to the rescuers and even Pinera. "I’m so happy!” Sepulveda yelled, grinning, punching his fist in the air and hugging everyone in sight.

However, he also sounded a darkly serious note. "I have been with God and I’ve been with the devil,” he later said in an interview, calling for deep change to protect workers’ rights.

President Pinera, however, ordered an overhaul of Chile’s mine safety regulations after the accident. His popularity ratings have surged and his government has won strong praise for its handling of the crisis.

Pinera, whose short presidency had been totally consumed by the drama of the mine workers, said the operation was "without comparison in the history of humanity”. He added all of Chile had learned from the miners "the value of faith and of hope, the value of comradeship and solidarity”.

"Welcome to life,” Pinera told Jorge Galleguillos, 56, who was the 11th man hoisted to safety. "Thank you for believing that we were alive,” Galleguillos replied.

While the first to be rescued were in good shape, some have been struggling with illness and are more fragile, so medical teams were on hand to treat them. Medics say some of the men are psychologically fragile and may struggle with stress for a long time after their rescue.

Mario Gomez, at 63 the oldest of the men and a miner for 50 years, suffers from silicosis and was breathing from an oxygen mask as he reached the surface. He was helped out of the capsule, and immediately dropped to his knees to pray with his yellow hard hat still perched on his head.

Thirty-two of the miners are Chilean but the other is from neighbouring Bolivia and the rescue has even helped improve ties between the two countries, locked in a bitter dispute over access to the Pacific for more than a century.

Bolivian President Evo Morales was at the mine to welcome the Bolivian miner, Carlos Mamani, as he was lifted to safety on Wednesday and he then thanked Pinera and his government for the rescue work.

"I and the Bolivian people will never forget this great effort,” Morales said as he appeared with Pinera at a news conference, adding that the rescue will create greater confidence between the two countries.

Meanwhile, US President Barack Obama hailed the "inspirational” story of the transfixing rescue. White House spokesman Robert Gibbs said that the president watched on television as the first miner was brought to the surface, and was particularly struck by the pictures of a young boy embracing his father.

"I asked him what he was thinking about when he was watching, and he said obviously this is a tremendously inspirational story,” Gibbs said.

"A story with a happy ending … as a parent, to watch a miner’s son waiting for him to come out of a mine that he had been trapped in for almost seventy days … was tremendously inspirational.”

Euphoric rescuers, relatives and friends broke into cheers – and tears – as the miners emerged to breathe fresh air for the first time since the mine collapsed on August 5.

The miners have spent a record 69 days in the hot, humid bowels of the mine. Their story of survival and the extraordinary rescue efforts have captured the world’s attention.

The operation was executed almost flawlessly through the night and included dramatic live images of miners hugging rescuers in their tunnel deep inside the mine. An estimated 1,500 journalists from around the world were at the mine to report on the rescue.

Each of the miners wore dark glasses to protect their eyes after spending so long in the dimly lit tunnel below. Like wives on the surface who had their hair and nails done for the occasion, the men looked groomed and clean-shaven.

Rescuers were finally able to deploy the capsule after drilling a narrow escape shaft down to the miners and reinforcing it with metal casing to prevent rocks from falling and blocking the exit. Engineers said the final stage of the rescue still has its risks but that the capsule was handling well in the shaft.

Each man’s journey to safety takes about 15 minutes. The capsule travels at about one metre per second, or a casual walking pace, and can speed to three metres per second if the miner being carried gets into trouble. The miners can communicate with rescue teams using an intercom in the capsule. As they emerge, they are being put under observation at a nearby hospital for two days.

The miners have survived underground longer than anyone before them. For 17 days after the mine cave-in, they were all but given up for dead.

But then a drill probe found them and they were able to attach a note to it, announcing the extraordinary news that they were all alive and well. They had survived by strictly rationing their food and water, and had found refuge in an emergency shelter.

Chilean officials have worked feverishly since to keep them alive, sending down food, and water as well as many comforts such as music. But many of the men are suffering skin conditions due to the humidity, while others have chest infections and blood pressure problems.

As the miners return to the surface, they leave behind dark iso
lation for a blaze of publicity normally reserved for movie stars or sporting heroes.

Chilean media reports suggest the men are anticipating lucrative book and film deals that may limit what they end up saying to the waiting news media. –
(Reuters Life, AFP). Oct 13,2010 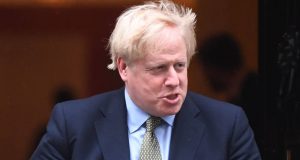 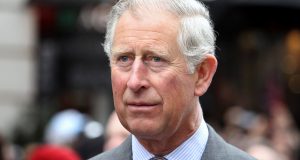