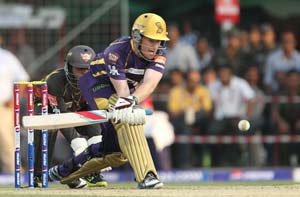 KOLKATA: Defending champions Kolkata Knight Riders, home again after back-to-back defeats on the road, made a strong statement at a packed Eden Gardens on Sunday by taming form team Sunrisers Hyderabad by 48 runs. With their fumbling top-order coming good at last, the Knights put up a challenging 180 for 4 in their 20 overs. The Sunrisers, who came here with three wins from four matches, never quite came to grips with the tall target and managed 132 for 7 before the overs ran out.

With Manvinder Bisla, Man of the Match at last last year’s final, finally firing and skipper Gautam Gambhir holding his good form, the Knights had a start at last. The first wicket yielded 59 in 7.4 overs, and the they built on the platform. Bisla scored a 24-ball 28 with five boundaries before he was caught on at deep midwicket. Gambhir and Kallis then got together to add 43 in six overs before Gambhir was bowled by a fuller one from Ashish Reddy for a 45-ball 53 that had six fours and a six.

The experienced Kallis was happy to play second fiddle, first to Gambhir and then new-man Eoin Morgan, but whenever the South African did decide to accelerate, he did so like a costly car. His partnership with Morgan provided the final push, the England batsman going berserk with a 21-ball 47 that had five boundaries and three sixes. He was run out in the 19th over, bowler Steyn beating him in the sprint as he tried to steal a single. Kallis too would be run out, off the final ball of the innings as he took a chance with the non-existent second run. By then, the South African had scored 41 off 21 deliveries with six boundaries, almost all of them with a stamp of class.

Both teams brought in the extra spinner on a track known to assist the slower bowlers. While the Sunrisers drafted in another leg-spinner in Karan Sharma, KKR went for Sachithra Senanayeke, their new recruit from Sri Lanka. The league debutant, cause for much curiosity, had a good outing, giving away just 18 runs in his four overs for a wicket.

Presented with a tough chase, Sunrisers began in earnest with openers Patel and Cameron White. The two added 59 in nine overs to keep them in the hunt, but once the left-hander was bowled by Kallis, the climbing asking rate brought the pressure to claim the remaining wickets. 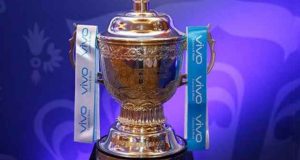 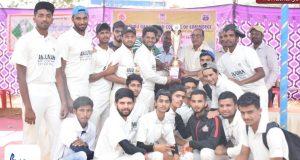 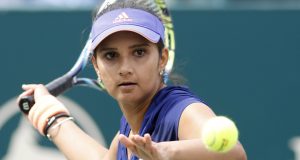 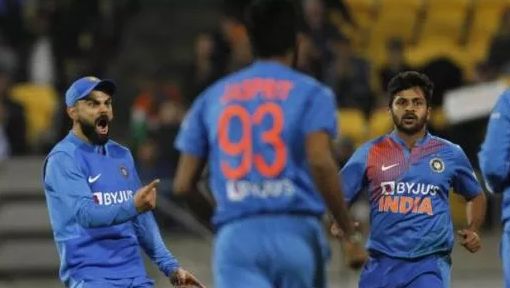