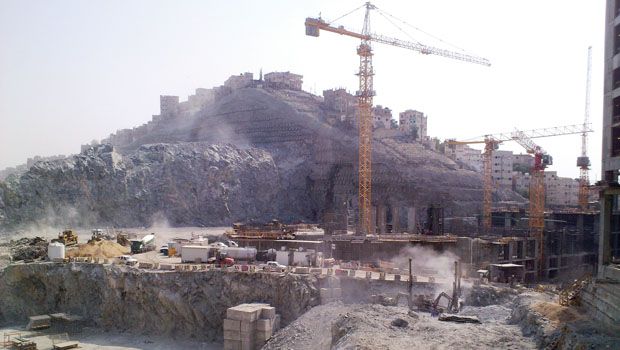 The expansion of the northern courtyard is one of the major works initiated on the orders of Custodian of the Two Holy Mosques King Abdullah. The project, covering an area of 1.5 million square meters, reaches up to the circular road north of the Grand Mosque and Jabal Kaaba Road to the west.

The Jabal Omar project, the second largest urban project undertaken in Makkah that is part of the development of areas west of the Grand Mosque and east of Ibrahim Khalil road, covers an area of 230,000 square meters.

A landmark event in all this work is the implementation of the 20 km Makkah Metro project, linking the Grand Mosque with Mina, Arafat and Muzdalifah. The SR6.65 billion metro railway is designed to transport 70,000 pilgrims every hour during Haj. The project is in its final stages of construction.

It will operate at a third of its capacity during this year’s Haj season. It will operate 20 trains next year when fully commissioned. Each train will have 12 carriages.

The project includes the construction of nine railway stations in Arafat, Mina and Muzdalifah, each 300 meters long. One station will be located near the Jakarta Bridge in Mina where the stoning ritual takes place. Pilgrims will be able to board the train on the bridge’s fourth floor.

The railway project would bring about remarkable improvements in the transportation of pilgrims between the holy sites, traditionally one of the main headaches for Haj managers.

The Makkah clock project is another milestone in King Abdullah’s projects to modernize the holy city.

The four-faced clock will sit atop a massive skyscraper, which when completed, will be around 600 meters tall, the second tallest in the world after Dubai’s Burj Khalifa.

The clock will dwarf London’s Big Ben, once the largest four-faced clock in the world, with dials more than five times greater in area.

The 40-meter diameter Saudi clock dials are also bigger than the clock in Istanbul, which has a 36-meter face set in the transparent roof of the shopping complex.

Each face will be inscribed with "God is greatest” in Arabic and fitted with thousands of colored lights. The clock will be visible from more than 25 kilometers. An observatory deck is planned at the base of the clock. Two lifts will carry visitors to a five-meter balcony.

A huge golden crescent moon, 23 meters in diameter, will eventually rise above the clock on a 61-meter spire, from which some 15 beams will shoot up into the sky. The entire clock, from the base up to the crescent itself, will be 251 meters high.

The clock tower also includes a lunar observation center and an Islamic museum that aims to protect the city’s heritage for future generations. The observatory will also be used to sight the moon during the holy months. On special occasions, 16 bands of vertical lights will shoot some 10 km up into the sky.

The fifth and final phase of the SR4.2 billion Jakarta Bridge project has been completed. This phase includes the fifth storey of the bridge, which is now fully ready for pilgrims during this year’s Haj.

The entire multi-level project will be air-conditioned and the roof of the fifth floor will be covered with special tents.

The bridge is 950 meters long and 80 meters wide. Each floor is 12 meters high. The entire project is designed to hold 12 stories and as many as five million pilgrims in the future if the need arises.

The project also includes three tunnels and covers other construction work with the possibility of future development. The project provides 12 entrances and exits in all four directions. It has a helipad for airlifting pilgrims in case of emergency. The Jamarat project also includes an air-conditioning system backed by water sprinklers that can reduce the temperature to about 29 degrees Centigrade.

A number of side projects have also been completed. The project has provided appropriate service outlets, such as food stores, barbers shops, toilets, areas for medical and emergency services, Civil Defense forces and public security.

Advanced closed-circuit television monitoring technology facilities have been installed in several locations and connected to the main operations room, which oversees the Jamarat Bridge and surrounding areas to monitor the situation in general and take appropriate action in case of emergencies.

The Jamarat Bridge also includes subways for underground traffic, providing more space for pedestrians in the bridge areas, in addition to six exits for emergency evacuation through six towers leading to the ground floor and tunnels as well as the helipads.

The oval design of the pebbles basins and the three 40-meter-high pillars have improved the flow of pilgrims and increased the capacity of the bridge, which has helped to reduce congestion while Hajjis are performing the stoning ritual.

Another huge project to ease traffic flow in roads close to the Grand Mosque is the new SR12 billion King Abdul Aziz Street project in Makkah.

The road, which runs from Jeddah to Makkah’s entrance, will make entry and exit to and from the Grand Mosque very easy.

The project, scheduled to complete in 2012, will improve the local road network and services to match international standards.

The project, which covers 1.2 million square meters, represents a third of development projects and basic infrastructure schemes in Makkah. The 60-meter-wide road would incorporate the Haramain rail tracks. 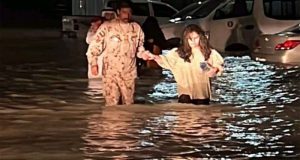 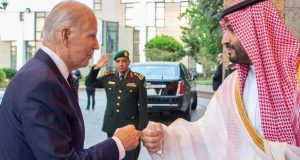 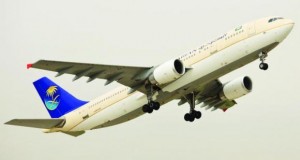