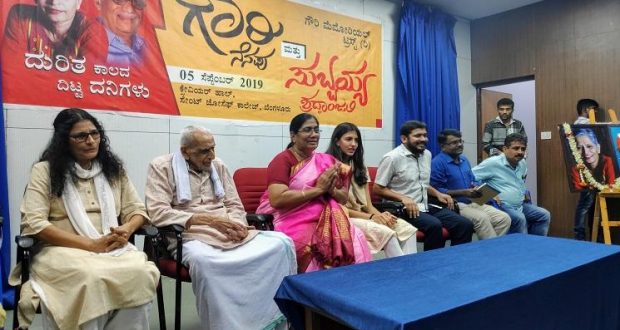 It was two years ago on September 5 that journalist and activist Gauri Lankesh was shot dead outside her residence in Bengaluru. In an event held in remembrance of the slain journalist, her sister Kavitha Lankesh requested the Karnataka government to set up a special court and fast-track the trial in connection with the murder case.

“We have seen how cases like this can go on for so many years. It has been four years since Professor Kalburgi and Pansare were killed and six years since Dabholkar was killed. If the state government could set up a special court to fast-track our (Gauri Lankesh) case and the Kalburgi case, it would be very good,” Kavitha said, while speaking at the event held in St Joseph’s College in Bengaluru.

A total of 18 persons were named in the chargesheet in the Gauri Lankesh case by the Special Investigation Team (SIT) probing the murder. Six of the accused are also named as accused in the MM Kalburgi murder which took place four years ago. These men were linked to the Sanatan Sanstha, a radical pro-Hindu group.

The murder shook the conscience of people across the country and thousands took to protest against the cold-blooded killing. 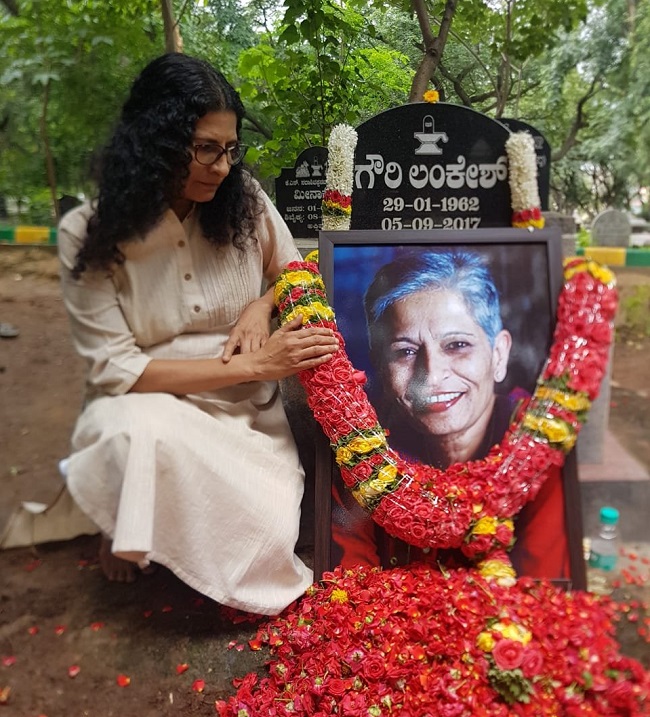 The event was attended by former student leader and Communist Party of India (CPI) leader Kanhaiya Kumar. He was closely associated with Gauri and she used to refer to him as her ‘ideological son’. “After Rohit Vemula’s death, Gauri decided that wherever there was a fight for justice, she would try to have a lively relationship with the people involved in it. She was a teacher and comrade to me,” Kanhaiya said.

It was announced that journalist and Ramon Magsaysay Award winner Ravish Kumar will be the first recipient of the Gauri Lankesh Memorial Award. He will be presented with the honour at a ceremony in Bengaluru’s Town Hall on September 22. The announcement was made when friends and family of Gauri Lankesh gathered at her grave in Chamarajpet on Thursday morning to pay their respects.

A remembrance was also held for AK Subbaiah, the politician and a fierce critic of the BJP, who passed away on August 27. A collection of editorials written by Gauri — Kandahage 4, was released at the event along with Noorara Nota, a book written by HS Doreswamy, the 101-year-old freedom fighter and activist.

Previous: Your Android phone could be hacked by a single text message
Next: Supreme Court to hear plea against amended anti-terror law, sends notice to Centre