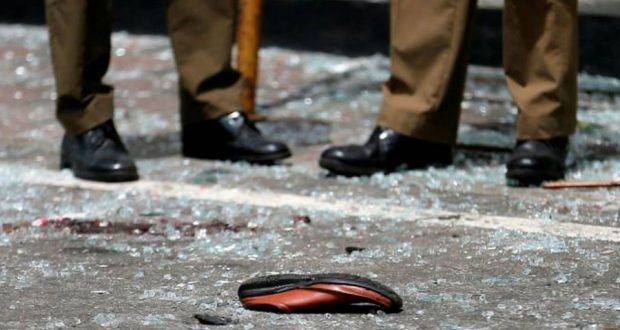 Bengaluru: Two JD(S) workers from Karnataka, who were on a visit to Sri Lanka, have died in the multiple blasts in the island country, according to Karnataka Chief Minister H D Kumaraswamy.

“External affairs Min. @SushmaSwaraj has confirmed the death of two Kannadigas, KG Hanumantharayappa and M Rangappa, in the bomb blasts in #Colombo. I am deeply shocked at the loss of our JDS party workers, whom I know personally. We stand with their families in this hour of grief,” Kumaraswamy tweeted Monday.

Five other JD(S) workers have gone missing after multiple blasts, he said. “I am in constant touch with the Indian High Commission on the reports of those missing,” he added.

A string of eight powerful blasts, including suicide attacks, struck churches and luxury hotels frequented by foreigners in Sri Lanka on Easter Sunday, killing over 290 people and shattering a decade of peace in the island nation since the end of the brutal civil war with the LTTE.

Kumaraswamy had on Sunday strongly condemned the terrorist attack, saying terrorism is an act of cowardice and an attack on humanity.

“Terrorism is an act of cowardice and an attack on humanity. I strongly condemn the #TerroristAttack in #Colombo, Sri Lanka, where over 150 people have been killed and more than 300 injured,” he had tweeted.