Home / State / Sumalatha to file complaint against HDK with EC 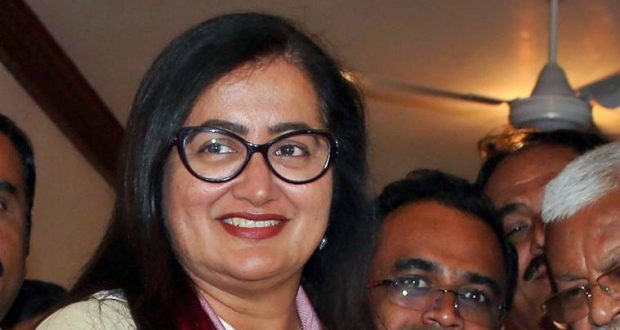 Sumalatha to file complaint against HDK with EC

Mandya: Sumalatha Ambareesh who will be contesting as an independent from Mandya, on Friday, April said that she will be filing a complaint against Chief Minister H.D. Kumaraswamy with the Election Commission for accusing her of engineering the stone pelting at her rallies.

Addressing presspersons Sumalatha said that the JD(S) leaders are ready to go to any extent to harm her. Therefore she has decided to file a complaint against the CM with the Election Commission and seek CRPF protection for my family and Abhishek Gowda and stars, Darshan Tugudeepa and Yash.

“Kumaraswamy’s statement is very provocative and speaks of a hidden threat to my life, Abhishek Gowda and stars, Darshan Tugudeepa and Yash life’” she added

She further added that she has no faith in the Karnataka police, who danced to the tune of the coalition government, and argued this was evident by the police caning her workers and threatening them with cases if they continued to support her.

“Businessmen who are supporting me, have been threatened with cancellation of their trade licences in Mandya. A kind of fear psychosis had been created in the district under the leadership of Kumaraswamy,” she alleged.

Previous: 3 killed as plane hits two helicopters while taking off in Nepal
Next: Karnataka: 2nd PU results on April 15