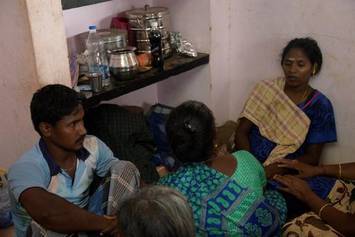 The body of two-year-old Sujith Wilson who fell into an abandoned borewell at Nadukattupatti near Manapparai on Friday evening, was recovered early Tuesday.

Commissioner of Revenue Administration J. Radhakrishnan, who supervised the operation, made the declaration at around 2.30 am. Rescue operations lasted more than 80 hours.

A foul smell began emanating from the borewell at 10.30 pm on Monday following which the medical and the NDRF and SDRF teams assessed the situation before retrieving the body. The body was taken in an ambulance to the Manapparai GH for postmortem.

Ministers C. Vijayabhaskar, Vellamandi N. Natarajan, and S. Valarmathi paid homage to Sujith at the GH after postmortem. Sujith’s body has been taken directly to the Fathima Nagar burial ground for the funeral.