Home / State / ‘No one should go through this’: Karnataka man on being falsely labelled a terror suspect 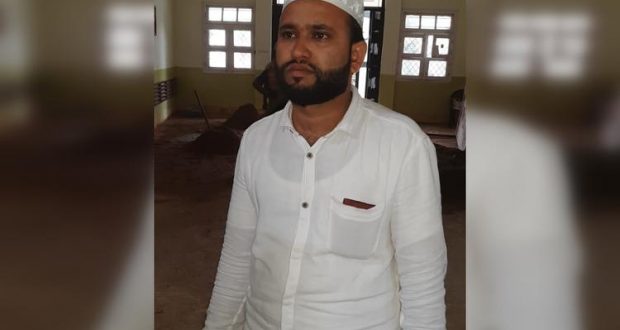 ‘No one should go through this’: Karnataka man on being falsely labelled a terror suspect

For 28-year-old Abdul Rauf, a resident of Govindoor at Belthangady in Dakshina Kannada district, the internet is rare to come by, let alone communicating through a satellite phone. So, he was surprised when he was recently labelled a ‘terror suspect’ by a section of the media, which alleged that he was making calls through a satellite phone to Pakistan and as a result was being probed by the National Investigation Agency (NIA). The media’s allegations were reportedly based on a terrorist’s confession during an interrogation.

While authorities in Dakshina Kannada have denied reports of the arrest made by the NIA, Rauf recounts the evening the police knocked on his door. “I rarely access news or online media. In fact, I was not even aware that my name was mentioned by media outlets. It was only when I returned home on Sunday that one of my brothers informed that the ‘beat police’ had come to our house to collect my mobile number and other details. My mother, Beefathima, fainted on learning why the police were inquiring about me,” he says.

An employee at Al Madeena, an orphanage in Manjanady, Abdul contacted Mangaluru MLA and former Karnataka cabinet minister UT Khader, whom he knew personally, to ask the next course of action. “On the MLA’s suggestion, I contacted the beat constable, who told me that it was a routine inquiry and my presence was not needed,” Rauf says.

But even at the heightened security alert post-Independence Day celebration across the state, Dakshina Kannada Superintendent of Police (SP) BM Laxmi Prasad told the media that they have verified with the NIA regarding the media reports on the ‘satellite phone calls from Pakistan linked to Belthangady’. The NIA debunked the claim related to the district, after which the SP also later clarified that they are not looking for suspected terrorists in Belthangady.

Rauf now wonders what it will take to convince others that he is a true citizen and a real patriot of the nation. The media’s baseless allegations have already spread far and wide. “I know I am innocent; but my friends, relatives and some anonymous people started calling me since the news was out. I did not know how to stop this harassment,” he recalls.

Subsequently, on Tuesday, Rauf, along with UT Khader, met Superintendent of Police (SP) Laxmi Prasad to explain his ordeal.

Speaking to the media after the meeting, MLA UT Khader said he knew Rauf for over 10 years. “I know his family and they are hardworking, including his three brothers who are working as conductors in local buses. It’s unfair that media outlets are making such allegations against helpless people without verifying the matter from officials concerned or sources,” he said.

Rauf, who married a year ago and has a two-month-old child, said that he considers himself quite lucky as the locals know him due to his work. People are willing to come forward as an alibi witness, he says.

“What if some poor brother from another community is caught in such allegations? Their whole life, work and family is destroyed. I just pray that no one should go through what I have undergone in the last couple of days,” Rauf says.