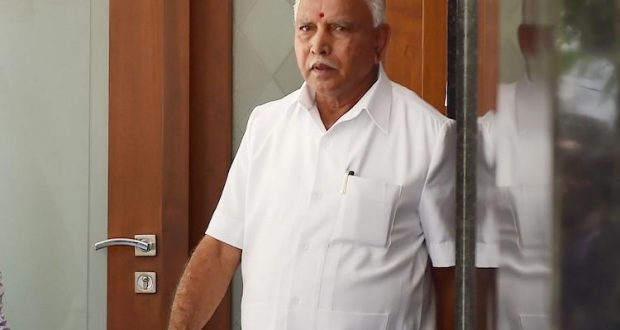 Transfers of this scale are common with a new government taking shape, with BS Yeddyurappa taking oath as the CM for the fourth time earlier in the week. In his previous two-day stint in May 2018, he affected three transfers in the state’s IPS ranks within hours of taking oath.

Incidentally, the chief of the Special Investigation Team probing the multi-crore IMA scam, BR Ravikanthe Gowda, has been transferred without any posting.

Chetan Singh Rathor, who was the SP of Ramanagara, is now the new DCP Police, Central Division, Bengaluru City, replacing D Devaraja, who has been transferred out without any posting.

DCP (Intelligence), Bengaluru KM Shantharaju has also been transferred and made the new SP of Shivamogga.

Apart from the IPS transfers, CM BS Yeddyurappa also appointed Commissioner for Transport & Road Safety, VP Ikkeri, as Additional Secretary to the Chief Minister, Chief Minister Secretariat, Bengaluru in a newly created post. However, Ikkeri will continue to serve in his existing position as well.

Previous: WhatsApp now tells users when a message has been forwarded many times
Next: Photos: Best students, teachers and schools of Bhatkal receive prestigious Rabita Awards