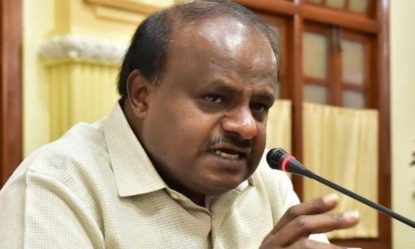 Bengaluru: A mistake by banks in the classification of crop loans leading to their reversal in thousands of cases landed the JDS-Congress coalition regime in Karnataka in a spot, forcing Chief Minister HD Kumaraswamy to issue a clarification stating that the crop loan waiver scheme was working just fine.

Reports emerged on Tuesday suggesting that the crop loan amount credited by the government into the loan accounts of thousands of farmers as part of the scheme had been reversed after the Lok Sabha polls were over.

This sparked doubts over the claims of the government.

However, the CM quickly gathered information and issued a clarification to the effect that the government had reversed only those amounts that the banks had wrongly credited to 13,988 accounts owing to an error in classification.

These were detected by the government during a recent audit, he said.

“The state government is implementing the crop loan waiver programme in a responsible and transparent manner. The state government has not caused any confusion,” the CM said in a statement, and asserted that there was no link between reversal of wrong credits and the Lok Sabha polls.

Previous: Halal ponzi scheme: 6 directors of IMA surrender to Bengaluru police
Next: WhatsApp will soon sue you if you violate its terms of use