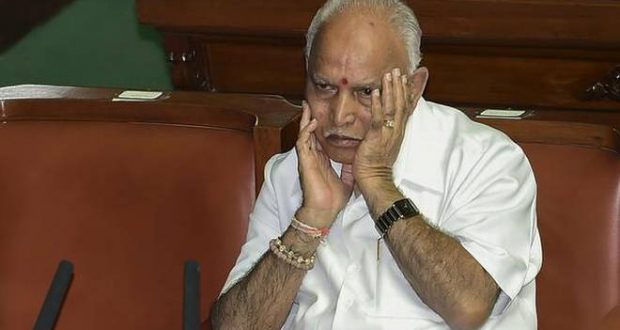 Former Karnataka Chief Minister B.S.Yeddyurappa, who earlier rubbished the audio clips released by Chief Minister H.D. Kumaraswamy as mimicry, took a U-turn on Sunday and admitted that he did meet Sharanagouda, son of JD(S) MLA from Gurmitkal Naganagouda Kandkur.

Speaking to the press persons at Hubballi Airport, Mr. Yeddyurappa however accused Mr. Kumaraswamy of writing the script for the recording.

“Kumaraswamy is indulging in third grade politics. It is true that I met Shankargouda. Kumaraswamy sent the MLA’s son to me to make me speak according to their requirements and then used whatever was useful to them. But they have covered up few truths”, he alleged.

Mr. Yeddyurappa then referred to the earlier statement of Prajwal Revanna about ‘suitcase culture’ in JD(S) and said the clip pertaining Mr. Kumaraswamy’s demand for money for giving MLC post would be released on Monday. Mr. Yeddyurappa said he was ready to face any inquiry pertaining to the audio clips.

Mr. Kumaraswamy on Friday had released two audio tapes allegedly of the BJP State president trying to lure JD(S) MLA with the promise of money and position.

Previous: Pension scheme for workers in informal sector to kick-start from February 15
Next: Over 300 students among 538 airlifted by air force in Jammu and Kashmir