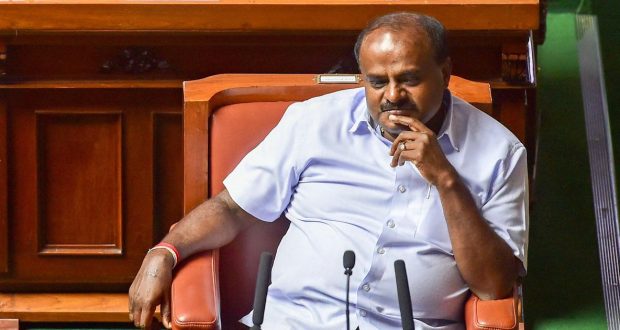 The ruling alliance now has 119 members in the Assembly. While Shankar entered the Cabinet through the Congress quota, Nagesh filled the JD(S) berth that fell vacant after the death of minister CS Shivalli. Out of the 34 Cabinet berths, the share of the Janata Dal (Secular) is 12 while the Congress has 22 ministers.

The HD Kumaraswamy-led Cabinet still has one vacancy. The chief minister’s party can fill it by inducting MLC BM Farooq from Dakshina Kannada, according to The Times of India.

Shankar and Nagesh withdrew support to the government in January, a month after the Karnataka Pragnyavantha Janatha Party leader was dropped from the Cabinet.

On Thursday, Congress state Working President Eshwar Khandre said there was no threat to the stability of the government. He added that there were ministers who were willing to resign to accommodate others if the need arose, reported the Hindustan Times.

Previous: AN 32 crash: Mortal remains of brave air warriors to be taken to Jorhat airbase today
Next: India to have its own space station: ISRO