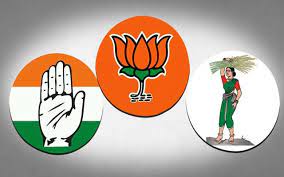 The battle for power is only expected to grow fierce as the year 2022 becomes crucial in the run-up to the 2023 state Assembly elections.

Political pandits are predicting that Karnataka is going to witness high drama in the socio-political scenarios as there is a stiff competition between the national parties — BJP and the Congress. There is an equal rift among leaders within the party circles for the coveted post of Chief Minister.

The next state Assembly elections could also be a gamechanger in terms of the political careers of former Chief Minister B.S. Yediyurappa, the old warhorse of BJP in the state, as well as the Opposition leader Siddaramaiah.

With Congress taking a pledge before the people that all controversial laws such as the Cow Slaughter Bill, the Anti-Conversion Bill and the NEP will be rolled back, the Assembly poll results would also have a reasonable impact on the people of the state.

The Congress has alleged that the ruling BJP is encouraging moral policing in the state. On the other hand, the BJP has refused to respond to such charges.

The 2023 state Assembly elections would be the second time for the BJP since its inception in the state to shun the leadership of party veteran Yediyurappa and face elections.

The first time BJP in the state got decimated was in 2013 as Yediyurappa was estranged with the party and had formed his own — Karnataka Janata Party and the Congress got a majority enabling the coronation of Siddaramaiah to the coveted Chief Ministerial post. However, this time the BJP has taken the baton from him and handed it over to the present Chief Minister Basavaraj Bommai.

Though, everything seems to be fine from outside, but BJP sources claim that all is not well within the party. The party leadership has decided not to be under the mercy of Yediyurappa anymore and it wants to attain power through a fierce Hindutva agenda in the state. Fingers are crossed over the moves of the veteran leader and the BJP seems to be okay to take on the challenge.

Basavaraj Bommai, the blue-eyed boy, who was powered to the post by Yediyurappa and RSS leaders, has to go a long way in establishing himself as a mass leader to match the charisma of Yediyurappa. After taking oath as 23rd Chief Minister of Karnataka on July 28, he made a good beginning and it seemed that he could emerge as a mass leader with support of the BJP high command.

Union Home Minister Amit Shah announced that the BJP would fight the 2023 state Assembly elections under Chief Minister Bommai’s leadership. When everything was going smoothly for him, the allegations of the Bitcoin scandal and corruption charges by the contractor’s association seemed to ‘upset his cart’ (spoil everything). On both the occasions, letters were written to Prime Minister Narendra Modi.

The Congress, however, raised the issue in New Delhi and questioned Prime Minister Modi over the Bitcoin scandal. The defeat of Hangal bypoll at Bommai’s native district Haveri and losing the MLC seat in Belagavi seems to have affected his political image.

Soon the change of leadership talks surfaced in state politics after the debacle faced by the BJP in the Hangal bypoll. However, the BJP seems to be backing Bommai, as the state party in-charge Arun Singh declared that the next state Assembly elections would be fought under the former’s leadership. The list of aspirants for the Chief Ministerial post in the BJP camp is long and it is to be seen how the party is going to balance the situation.

On the other hand, the Congress is clearly divided into two factions in Karnataka. Karnataka Congress President D.K. Shivakumar, who angered the BJP central leadership is time and again proving his loyalty to Congress President Sonia Gandhi and his son Rahul Gandhi and even went to jail. He is on a mission to attain the Chief Minister’s chair.

Shivakumar is highly resourceful and hails from the dominant Vokkaliga community. He is touted to be capable of turning things around for the Congress.

Siddaramaiah, senior Congress leader and former Chief Minister, is clearly aiming at the coveted CM post and doing everything to prove his abilities over Shivakumar. Siddaramaiah, presently though has a commendable hold over the Congress MLAs, suffered a humiliating defeat in the Chamundeshwari Assembly constituency during 2018 state Assembly elections and managed to win by a thin margin in the Badami Assembly constituency.

The local candidate B.B. Chimmanakatti had directly asked Siddaramaiah to lookout for a new constituency. He is said to be considering the option of contesting from the Chamarajpet constituency in Bengaluru, presently represented by his close associate B.Z. Zameer Ahmed Khan.

Siddaramaiah, a fierce critic of the RSS and Hindutva philosophy, takes on Prime Minister Modi and Union Home Minister Amit Shah boldly. According to sources, if the Congress high command fails to find a solution to counter the infighting within the party, it is going to have disastrous poll implications for the party in Karnataka.

Instead of infighting, the Congress has received a major boost in the state after the Bitcoin allegations against the ruling BJP leaders surfaced. Both Shivakumar and Siddaramaiah have undertaken 10-day ‘padayatra’ demanding implementation of the Mekedatu project. The campaign was planned to reach out to the people of all 26 Assembly constituencies of Bengaluru and surrounding districts as well.

The regional party JD(S) has given a clarion call to fight the elections independently, maintaining distance from the BJP as well as the Congress.

Former Chief Minister H.D. Kumaraswamy rejected the offer of a poll alliance during the recent MLC elections. With its legislators jumping into the fold of national parties in the state, the party is facing a huge challenge in terms of its appeal within the people. The party candidates in Hangal and Sindgi have lost their deposits. The JD(S) wants a situation of hung Assembly and wants to play the role of a kingmaker. Senior leaders of both national parties — BJP and the Congress — agree to this possibility.

Prithvi Reddy, the Aam Aadmi Party (AAP) State President, said his party has captured a political narrative which is reflected in the recent Chandigarh and Surat local body elections.

Union Home Minister Amit Shah ridiculed the AAP, but promised free electricity and water in Hyderabad. People are bound to ask what they are doing in Karnataka where the BJP is in power, Reddy added.

The three parties — BJP, Congress and the JD(S) — in the state have no difference in terms of corruption and candidates with criminal backgrounds, the AAP leader said.

“I am very positive about the upcoming elections to the BBMP (Bengaluru local body). Even the hardcore BJP worker is saying the party has let them down in terms of infrastructure, condition of roads and drains in the city. If BBMP elections are to be held after the results of the Punjab and Goa Assembly elections, the scenario is going to be totally different in Bengaluru,” he added.

“As 2021 is closing and 2022 is coming closer, we (Congress) hope the state and the country will see better days. Covid-19 crisis ends and people are financially able to pick themselves up. Yes, the Congress is super confident about winning the 2023 state Assembly elections. The way BJP is mismanaging the state administration and the way people are fed up with its misrule is a clear indication that the Congress under the guidance of Siddaramaiah and Shivakumar will win the elections.

“The Congress workers are in an upbeat mood and they are very hardworking. If you have noticed the Covid crisis, the Congress workers were everywhere going door-to-door helping people. The people will remember all of this while they are voting,” says Lavanya Ballal, AICC Spokesperson and party’s Social Media Coordinator.

Tanveer Ahmed, the JD(S) National Spokesperson, said that JD(S) is not a kingmaker party and regional parties are very important for the country. “When the Kannada flag was burnt and Maharashtra Ekikarana Samithi (MES) activists resorted to violence in Belagavi, the BJP was hesitant as they had to go to the polls in Maharashtra and Congress was even more hesitant as it is preparing for the polls in Goa.

“If at all there is any party which deserves to fight for local Kannadigas, it is the JD(S). How the BJP is bringing ‘Indianism’ and Congress pursuing ‘Congressism’, JD(S) will always have local identity,” he added.

“As many as 23,000 bank jobs have gone to the Hindi-speaking people in the rural areas of the state. In railways and other avenues, the local people are totally neglected. People are observing these developments and know only JD(S) can vouch for them without fear or favour,” he said.

Anwar Manappadi, a senior BJP leader, told IANS: “BJP government has totally failed in the concept of ‘Sab ke Saath, Sabka Vikas’ coined by Prime Minister Modi. The concept is not happening at all. It’s a joke, such a good concept has gone to waste. In fact, they are going against it by neglecting the minorities, especially the Muslims.” 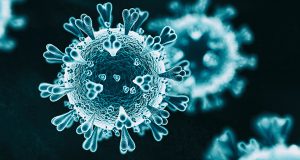 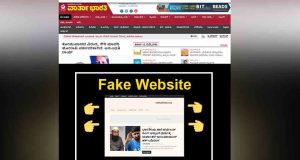