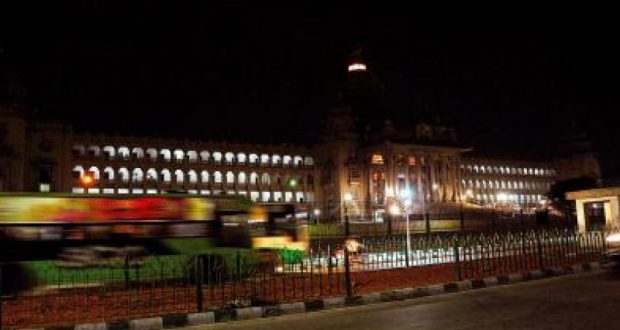 Bengaluru: Various Kannada organizations have called for a bandh on Thursday across the state, including the capital city Bengaluru, demanding priority for Kannadigas in employment in the private sector, especially in software industry.

Though differences surfaced among the groups, the protestors got a shot in the arm as former prime minister H D Deve Gowda and former chief minister Siddaramaiah extended their support to the bandh.

Several auto, Ola, Uber and airport taxi unions have pledged their support to the protest.

Those who are arriving in Bengaluru from various locations have been advised to arrange their own transport.

The government has not declared a holiday for schools and colleges on Thursday and left it to the discretion of the district commissioners to take a call.

Kannada organizations have been demanding implementation of the Sarojini Mahishi Committee report which recommended preference for Kannadigas in employment in the private sector.