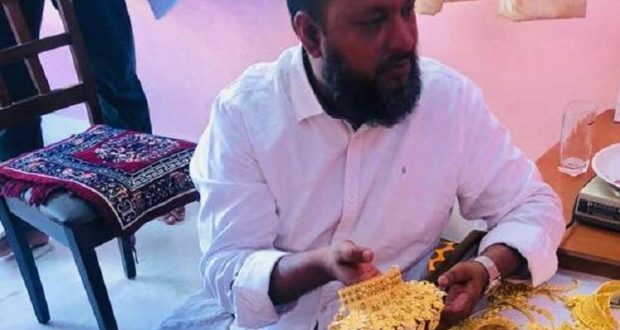 The Karnataka government has seized 23 properties of IMA Jewellers scam prime accused Mansoor Khan valued at Rs 300 crore in five districts across the southern state, an official said on Wednesday.

“We have seized 23 properties valued at Rs 300 crore of Khan in Bengaluru, Chikkamagaluru, Davangere, Hassan and Kolar in the state as part of the investigation in the multi-crore Ponzi scheme scam,” Bengaluru Urban District Deputy Commissioner K. Srinivas said here in a statement in Kannada.

The previous Congress-JD(S) coalition government had set up a Special Investigation Team (SIT) on June 11 to probe the scam in which about 40,000 people from across the state and outside were allegedly duped of their hard-earned money they invested in Khan’s Ponzi scheme in the form of deposits, gold and jewellery since a decade.

“We are seeking the special court’s permission to interrogate Khan on the scam as he is lodged in city central jail under 14-day judicial custody since August 1,” an SIT official told IANS.

Though Khan returned to India on July 19 and to Bengaluru on July 20 from New Delhi, he has been in the custody of the Enforcement Directorate (ED) who are quizzing him on the alleged transfer of funds through ‘hawala’ route by his IMA Jewellers firm in violation of the Prevention of Money Laundering (PMLA) Act.

The Ponzi scam came to light on June 10 when the IMA showroom in the city centre did not open for business after a week-long closure for Eid at the end of Ramzan amid reports that Khan had fled to Dubai to escape the wrath of investors for causing huge losses to them.

In video recordings Khan released to local news channels and posted on social media such as his Facebook and Whatsapp accounts from Dubai where he was hiding since he fled from the country on June 8-9, he accused some politicians, police officials, businessmen, realtors, advocates and leaders of his religious community of having received “bribes” in crores of rupees from him over the years for building his empire.

“Of the 20 arrests made so far on charges of abetting the multi-crore fraud, former Bengaluru Urban Deputy Commissioner BM Vijayashankar was taken into custody on July 8 for allegedly taking Rs 1.5 crore as bribe from Khan to bail him out of the scam,” the SIT official said.

The SIT also arrested Bengaluru North Assistant Commissioner Nagaraj on July 5 for allegedly taking Rs 4.5 crore from Khan to submit a favourable report on his company to the state government and the Reserve Bank of India in a bid to legitimise it for raising funds from banks

Previous: Biker dies after tree falls on him in Honnavar
Next: Galaxy Note 10: Samsung does away with 3.5mm headphone jack after jabs at jackless rivals