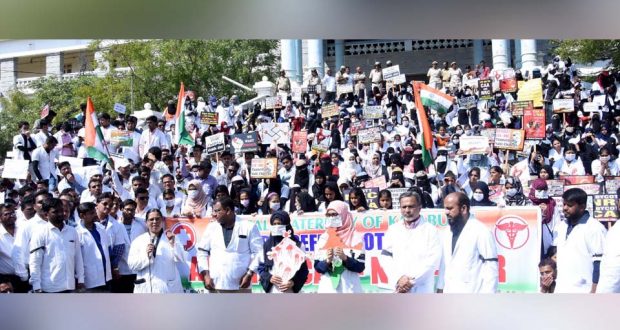 Hundreds of Medical students protest against CAA-NRC in Kalaburgi

The protest march organised by Medical students who marched from Sardar Patel Circle to DC office by wearing black ribbon on their hands and raised slogans against central govt.

The protesters urged that, “this act will divide the people on the line of religion in the country, we should have create awareness among the people about this act.”

They also demanded the central govt to revoke this controversial act.

2020-01-17
Fristen Dias
Previous: Anjuman Election Commissioner Meeting with candidates
Next: World ‘will not rest’ until answers on jet downed by Iran: Canada