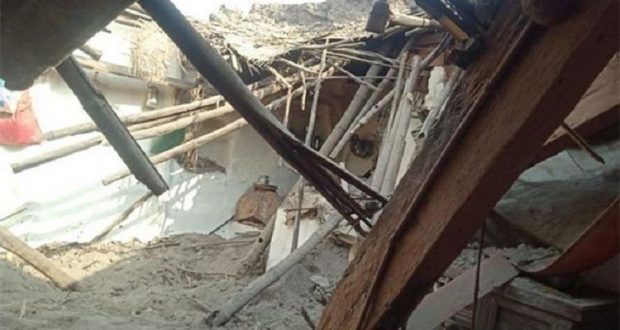 A grandmother and her two grandchildren died in north Karnataka’s Dharwad district on Tuesday after a building collapsed on them in the early hours of Tuesday. The deceased were identified as Yallavva Gadad (53), Jyoti Meti (9), and Shravani Radhai (4).

Speaking to TNM, a policeman attached to Kundgol Police Station probing the incident, said, “It was an old earthen building. The damage was due to the ongoing rain for the past couple of days. There is no negligence or any other angle. We are not probing the case any further.”

“The persons who died were siblings and their grandmother,” he added. Others injured have been taken to the nearby KIMS hospital.

Former Chief Minister Siddaramaiah visited the accident site and met with the injured, alongside Congress bye-poll candidate Kasumavati Shivalli. Kundgol’s bye-polls is set to be held on May 19 along with the seventh phase of Lok Sabha polls. Bye-poll in the Assembly seat was necessitated with the untimely death of Municipal Administration Minister and Congress MLA CS Shivalli on March 22. Kasumavati is the late minister’s wife.

Tuesday’s incident comes more than a month after an under-construction building collapsed in Dharwad city killing 19 people. The earlier collapse, which had trapped more than 50 people under the debris, had taken a total of five days for rescue and relief operation to conclude. The entire operation had included 111 National Disaster Relief Force personnel, 205 fire officials and 42 State Disaster Relief Force persons as well as local police officials.

Seven officials of the local civic body were suspended until a departmental enquiry cleared them of any dereliction of duty after police had arrested all the seven owners of the building, including the father-in-law of former minister Vinay Kulkarni.