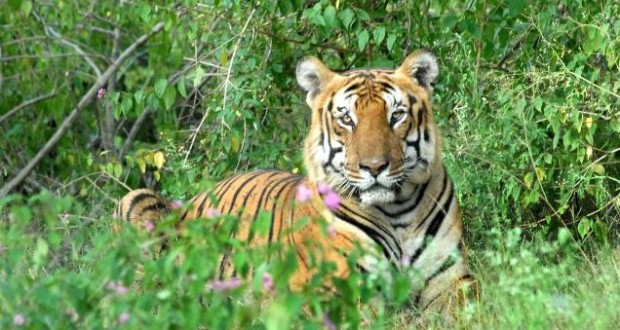 A ‘capture or kill’ order has been issued against a tiger in the Hundipura area of Bandipur after a farmer was mauled to death by the tiger on Tuesday morning.

A note issued by the Additional Principal Chief Conservator of Forests said that the tiger will be captured in the next 1-2 days.

“It was discussed with The Principal Chief Conservator Forest (Wildlife) and Chief Wildlife Warden regarding the killing of a villager by tiger in Chowdenahalli Handipura village of Bandipur Tiger Reserve after which it is decided that the elusive tiger will be either captured or shot down within next 24-48 hours. The cooperation of the public in this regard is highly solicited”, read a note issued by Jagat Ram, Additional Principal Chief Conservator of Forest, Project Tiger.

The order was issued after the incident on Tuesday, which was the second instance of a farmer being mauled to death by a tiger in the same area in the last two months.

The Hindupur area falls under the Gopalaswamy Range of the Bandipur Tiger Reserve. The area was gripped with tension on Tuesday after residents were angered by the death of 80-year-old farmer Shivalingappa. In September, another man called Shivamadaiah was killed by a tiger. The Forest Department, prompted by angry residents, set up traps and cameras to track the movement of the tiger following Shivamadaiah’s death.

Visuals from the camera traps showed that the tiger is a healthy one and has been seen moving very quickly. This goes against the notion that normally, old and injured tigers which are unable to hunt take to killing cattle and other animals. Wildlife activists say the situation in Bandipur is puzzling. Doubts have also been raised about whether the killings were by the same tiger since three or four tigers are fighting for the same territory.

Wildlife activists in Bengaluru are planning a protest on Wednesday, demanding that the tiger be humanely captured and at worst, be tranquilised.