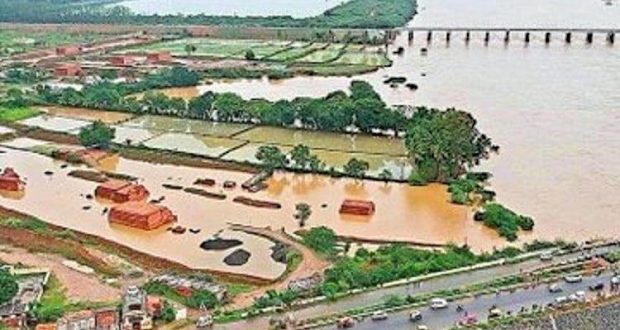 Flood alert has been issued in Ballari district on Monday as the Tungabhadra Dam’s gates will be opened due to the increasing rainfall in the region.

According to the Tungabhadra Board, which monitors the dam, the gates are likely to open at any moment. As on Saturday morning, the dam level was at 1,630 ft. The dam’s maximum capacity is 1,633 ft.

“Due to increasing rainfall, all upstream dams are letting out surplus inflow into the Tundabhadra reservoir. The inflow stands at 1,84,012 cusecs as on Saturday. Hence, depending upon the inflow, surplus water will be released to the river at any moment,” the Tungabhadra Board notification said.

The board has requested the concerned authorities to ensure that those living near the Tungabhadra’s catchment be evacuated as early as possible to avoid casualties.

“Hence, we request the people dwelling along the catchment of the Linganamakki to pack up their belongings and cattle and evacuate the premises as soon as possible,” the notification said.

According to Linganamakki Dam engineer Hanumanthappa, areas along the river in Honnavara taluk of Uttara Kannada district, particularly downstream of Gerusoppa Dam will have to be evacuated.

By Friday, the Almatti, Narayana, Ghataprabha, Mlaprabha, Bhadra, Kabini, Taraka and Harangi reservoirs’s gates have been thrown open due to incessant rainfall since August 4. This has led to floods across 14 districts in the state, the worst hit is Belagavi district where over 44,000 people have been evacuated to relief camps.

The death toll in the floods in Karnataka has risen to 24 as of Saturday afternoon. Another nine people are feared missing, according to the situation report prepared by the Chief Minister’s Office.

As relief and rescue operations by the local fire and emergency personnel, NDRF, SDRF, civil defence and the Army continue, disaster management authorities say the flood water will only recede in the next two or three days.

Previous: No trains between Bengaluru and Mangaluru, parts of Kerala till August 23
Next: Karwar: Navy disburses food, medicines to flood victims through helicopter