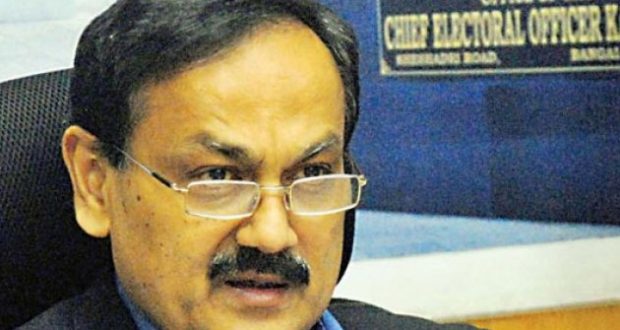 Bengaluru: With the imposition of the Model Code of Conduct (MCC), in view of the forthcoming Lok Sabha polls, citizens carrying more than Rs 50,000 cash or gifts worth over Rs 10,000 while travelling will need to carry suitable documents and present them for checking, said Chief Electoral Officer Sanjiv Kumar.

“As many as 702 nakas, 1512 flying squads and 1837 static surveillance teams have been constituted, as per the directions of the ECI, to control illegal activities during the election,” said Kumar at a press meet held here on Thursday.

Further he urged the public to extend their co-operation during frisking, checking of luggage and vehicles at the check posts. Harassment issues, if any, should be raised with the committee headed by the chief executive officer of each Zilla Panchayat, he added.

The Chief Electoral Officer also said that private events such as marriage, birthdays and other non-political programmes do not require the Election Commission’s permission. He added that the MCC teams would keep a watch on public functions, and warned of legal action if any political leader attending the event is found luring the voters.