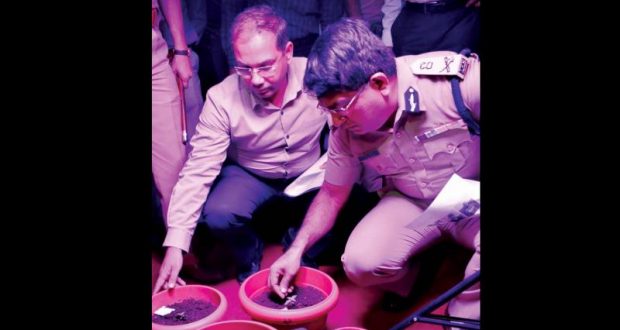 BENGALURU: In another crackdown on an international drug racket, the Central Crime Branch (CCB) arrested three drug peddlers, who sourced drugs from the Netherlands and sold it across the country.

Amatya is pursuing a Bachelor’s of Management Studies course at a reputed university in the city.

The police said that they sourced drugs and ganja from the Netherlands through the Empire Market website on the dark web. The accused used TOR browser which enables anonymous communication.

Based on a tipoff, the CCB sleuths raided the flat of Amatya in Kengeri and seized 225 LSD strips, two kg of ganja and marijuana plants and seeds. He was growing ganja at his flat in pots.

The police said that the accused had their own network of customers spread across the city and in different states.

The CCB on November 28 busted a similar international drug racket and seized 2.75 kg of drugs, including 14 packets of marijuana hidden in milk powder boxes, 100 cigarettes laced with hashish oil, 12 packets of weed chocolate and peppermint jelly packets and `1 lakh in cash, from the accused, identified as Atif Salim (25) and Rohit Das (26), who hail from Kolkata.

The accused sourced hydro ganja from Canada through the dark web and sold it to their customers in Bengaluru and other parts of the country.