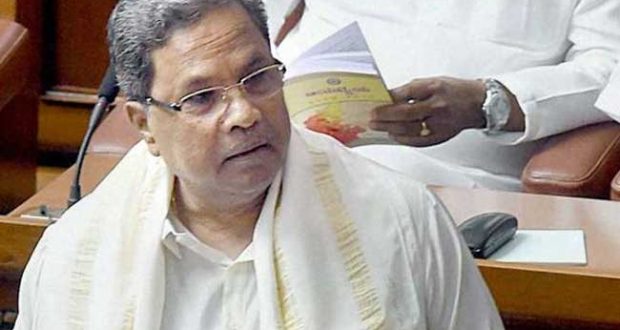 BENGALURU: Two out of four Congress legislators, against whom a disqualification petition is pending with the Karnataka assembly speaker, on Friday met with party leader and former chief minister Siddaramaiah and reportedly pledged loyalty to the party.
“MLA Nagendra and Ramesh Jarkiholi met Siddaramaiah along with minister Zameer Ahmed Khan (sic),” the Karnataka Congress tweeted.

Though the discussions at the meeting was not known, party sources said the legislators pledged their loyalty to the party and requested the state Congress chief to withdraw the disqualification petition while narrating their grievances.

Siddaramaiah is said to have asked both Mr Jarkiholi and Mr Nagendra not to take any decision in haste until the Lok Sabha elections are over, sources said.

Siddaramaiah on Thursday had said his petition seeking disqualification of four party legislators was pending with the speaker, who is the competent authority to take action under the anti-defection law.

The former Karnataka chief minister said his petition to the speaker has nothing to do with the four MLAs attending the session since Wednesday, as he noted that the legislators have violated the whip in earlier instances.

The four Congress MLAs, who had gone missing for several weeks amid political turmoil in Karnataka, surfaced in Bengaluru On Wednesday, two days after the party recommended their disqualification to speaker KR Ramesh Kumar.

The lawmakers had kept the party on tenterhooks for several weeks, defying its whip twice to attend the Congress Legislative Party meetings on January 18 and February 8. They had skipped the assembly Budget session since February 6 and surfaced only on Wednesday.

The four were reported to be in touch with the BJP, which has been accused of trying to poach the MLAs to bring down the JDS-Congress government.

Though Umesh Jadhav and Mahesh Kumathali have not met Siddaramaiah, they had attended the session on Wednesday and Thursday.