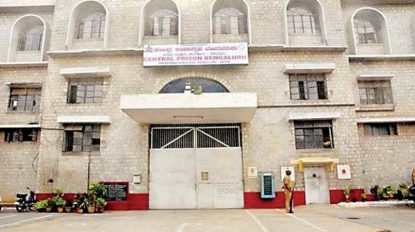 Bengaluru: Karnataka State Prisons Department will be releasing 141 prisoners from various prisons across the state on Monday on account of good conduct.

Minister V Somanna will distribute the certificate of good conduct for the prisoners at the main event at Parappana Agrahara.

The inmate who will be getting the certificates today will be released immediately.

After distributing the certificates Somanna will inaugurate the new community radio station opened in the prison.

For the first time in Karnataka, inmates in Parappana Agrahara central prison can listen to music and news through their own community radio. The service is to be set up and operated by 40 inmates and some prison personnel, who were provided in-depth technical consultation by Mindtree Foundation and a local FM radio channel.

According to police officers, the community radio will be launched by Karnataka State Prisons Department by the end of October.