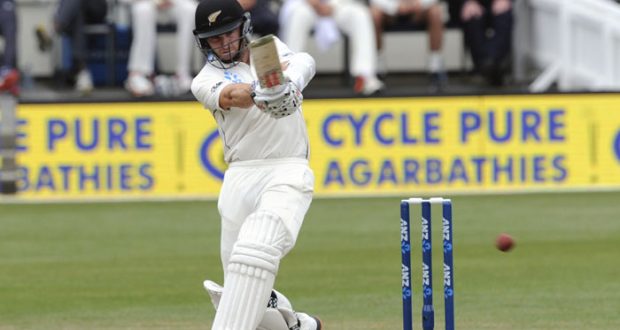 Kane Williamson scored his 15th century as New Zealand staged a remarkable fightback to win the first Test against Bangladesh by seven wickets in the final session in Wellington on Monday.

He described it has “a second-innings match” where Bangladesh’s first innings 595 and New Zealand’s 539 in reply were in effect removed from the equation when the pressure went on.

On a dramatic final day, the Bangladesh second innings ended on 160-9 with captain and prolific scorer Mushfiqur Rahim rushed to hospital after being felled by a bouncer.

He was later given the all-clear by doctors but took no further part in the game as Williamson and Ross Taylor launched a batting onslaught reach their 217-run target with time to spare in the final session.

Williamson, who ended on 104 not out off 90 balls, said he knew New Zealand had a chance when they managed to get their first innings within 56 runs of Bangladesh.

“From then on it became a second innings match… when you go into the last innings of a Test anything can happen,” he said, admitting to some tense moments when New Zealand were 39 for two with Tom Latham departing for 16 and Jeet Raval for 13.

“Coming into last two sessions and either team could win it. That’s what Test cricket is about.

Williamson defended the use of the bouncer as a legitimate weapon to pressure Bangladesh in their second innings but admitted Mushfiqur’s injury did not help the tourists.

“That certainly didn’t help Bangladesh’s cause. It was a great (159) first innings and it was very unfortunate he was out with the injury.”

There were no complaints from Bangladesh about the outcome however, with Tamim Iqbal, who took over the captaincy, saying they only had themselves to blame.

“We always believed this Test match is not over yet and there will be one session or period of 20-25 overs for both the teams where whoever does well in that small session might win the Test match.

“That’s what New Zealand did better than us and that’s why they are in winning position today.”

Williamson and Ross Taylor (60) raced along at more than six runs an over in their 163-run third wicket partnership to seal victory.

Williamson brought up his century — levelling the scores with a sweep off Mehedi Hasan to the boundary — before ending the game with a single off the next ball.

Bangladesh had been in command for nearly four days, until their second innings lasted fewer than 58 overs to end at 160 for nine.

First innings hero Shakib Al Hasan, whose 217 is a record high score for a Bangladesh batsman, lasted only five balls before going for nought.

It was a disappointing sequel to their imposing first innings of 595 for eight declared, presenting them with the unwanted record of the highest score in the first innings to lose a Test.

The previous mark was set more than 120 years ago, when Australia scored 586 against England at the Sydney Cricket Ground in 1894.