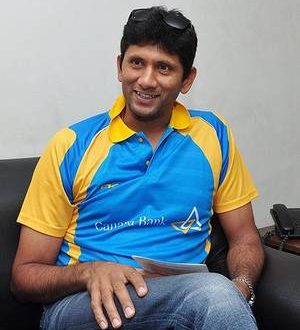 Barely a month after the India Under-19 side emerged as the world champion, chief junior national selector Venkatesh Prasad has resigned from his post. The former India medium-pacer emailed his resignation to the Board of Control for Cricket in India (BCCI) officials and executives on Friday.

“Yes, I have stepped down from the post but would not like to elaborate on the reasons,” Prasad told The Hindu from Bengaluru, his hometown. “It’s been an enriching and satisfying journey. I would like to thank all the stakeholders I have worked with during my stint.”

Surprisingly, Prasad did not sound anyone off during Thursday’s meeting alongwith his fellow selectors Gyanendra Pandey and Rakesh Parikh at the BCCI headquarters here to shortlist the Under-16 and Under-19 players for the national camp. With the junior national team unlikely to be involved in an assignment in the coming six months, Prasad’s resignation will give the BCCI enough time to find a replacement.

Prasad has been at the helm of the BCCI’s junior selection panel since October 2015. Despite heading the junior selection committee, Prasad, also a former India bowling coach, has tried to get into other positions in the Indian cricket set-up, including India’s bowling coach, senior selector and most recently General Manager – Cricket Operations. However, The Hindu understands that the decision to step down abruptly may have nothing to do with being overlooked for the GM’s post despite being a favourite to be appointed before Saba Karim, the former India wicketkeeper, entered the fray.

In fact, Prasad may have stepped down with an eye on a role in the Indian Premier League. Having served as the Royal Challengers Bangalore bowling coach and a media expert earlier, Prasad may be in talks for a coaching or commentators’ role. Since the BCCI’s conflict of interest regulations no longer allow anyone associated with the BCCI set-up to take up such roles, it may have prompted Prasad to resign.

“He has been raising a request to reserve half the coaching strength in the IPL for Indian coaches, a rule that cannot be made by the BCCI since we don’t have a role to play in franchises’ coaching staff appointment,” said a BCCI official, preferring anonymity.