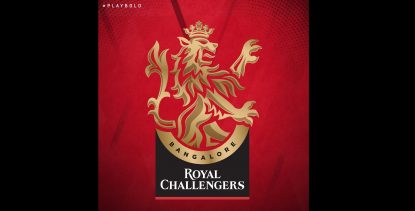 The club said the new logo design, which features a lion, “embodies the bold and fearless attitude” of the side.

“We believe a change in identity for the club was necessary to effectively live and breathe this vision and celebrate the passion for cricket and playing bold,” he added.

The Twitter handle of RCB has posted the logo on the microblogging site on Friday, February 14.

THIS IS IT. The moment you’ve been waiting for. New Decade, New RCB, New Logo! #PlayBold pic.twitter.com/miROfcrpvo

Embodying the bold pride and the challenger spirit, we have unleashed the rampant lion returning him to the Royal lineage.

The club’s top players such as skipper Kohli, Yuzvendra Chahal, and AB de Villiers had posted queries on the changes a few days back.