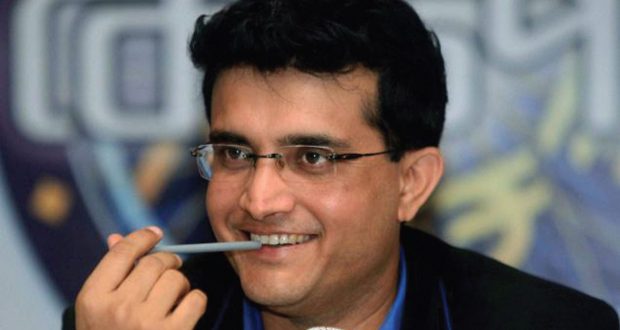 India have plenty to ponder over this week after their defeat to South Africa in the first Test in Cape Town but Sourav Ganguly has backed the Virat Kohli-led side does not need to panic.

While the Indian pacers always kept the team in a winning position throughout the game, it was the batsmen who failed to deliver on a seamer-friendly Newlands track.

India were bundled out for 135 in their second innings while chasing 208 a run less than what they had scored in the first innings. South Africa took a crucial first lead of 77 and scored 130 to set India a tricky target.

India blew their chance in Cape Town and the challenge is going to be only stiffer up in Centurion for the second Test and Johannesburg for the third Test. South Africa won’t have Dale Steyn in their ranks but they have enough firepower to go with Vernon Philander, Morne Morkel and Kagiso Rabada. In fact, they might even contemplate adding an extra batsman to the line-up after the way India’s pacers bowled this week.

An in-form Rohit Sharma was preferred over the tried, tested and successful Ajinkya Rahane, who has proven himself time and again in testing overseas condition.

“History of Rohit Sharma and history of Shikhar Dhawan in overseas conditions are not very good. You look at their records, it’s like chalk and cheese when they go away and when they are in India. So you are basically depending on Murali Vijay and Virat Kohli as the two best performers in overseas conditions. Look at Cheteshwar Pujara. His 13 of 14 Test hundreds have come in subcontinent conditions. I keep saying about KL Rahul because he has scored runs in Australia, he has scored runs in West Indies and Sri Lanka. It’s not just about form, it’s also about where people score runs. But let’s not panic too much. I was not surprised by the result. I have tremendous regard for Virat Kohli and we will see an improved performance in the next game,” Ganguly added.

Many believe it was a gutsy call by coach Ravi Shastri and Kohli but the reality is that Rohit failed to deliver on the big stage.

Rohit showed good temperament during the first innings and saw off the first hour of the second day’s play but was trapped plumb in front of his wickets for a painstaking 11 from 59 balls.

Rahane averages 53.44 in overseas conditions, including Sri Lanka, West Indies and Bangladesh while his average in South Africa rises to 69.66 from four innings.

Decision to drop Rahane was bold but it backfired. Kohli, who has never fielded the same XI in consecutive Tests, may bring back the Mumbai batsman for the second Test as India seek fresh start at Centurion.

“I don’t think Virat Kohli and Ravi Shastri will change the team straightaway. There is a possibility that one of them (Ajinkya Rahane or KL Rahul) may come back. It could be Ajinkya Rahane in the middle in place of Rohit Sharma and there’s a possibility of KL Rahul coming at top of the order. India will have to bottle down and fight hard in the batting. The wicket in Centurion will be quick as well. It will have a lot more bounce than Cape Town. It may not seam as much as Cape Town but it will be lot quicker,” he said.

However, Ganguly said he will give Rohit another chance and will bring in KL Rahul in place Shikhar Dhawan for the second Test.

“I would actually play five bowlers and play KL Rahul in place of Shikhar Dhawan. Rahul because he has done well in overseas conditions. I would give Rohit Sharma one more opportunity. I wouldn’t tinker with the bowling line-up. All the batters have not scored runs. There’s not been a single fifty from the order. You got to put this behind and try and comeback stronger in the next Test. Preparation is important and India have lost a bit there and faced not much of criticism. So India will have to fight their way into the next match,” Ganguly said.

India’s top five combined for 130 runs in the match as compared to South Africa’s 234 by their top-five batsmen, courtesy two half-centuries in the first innings.

India’s top order was among runs prior to the series but those runs were scored in India and conditions similar to sub-continent pitches in the West Indies and Sri Lanka.

India’s top five will have to pull their socks up in the remaining two matches and reignite the spark to have a shot at at least drawing the series if not winning.