Home / Sports / I was dropped despite performance: Suresh Raina 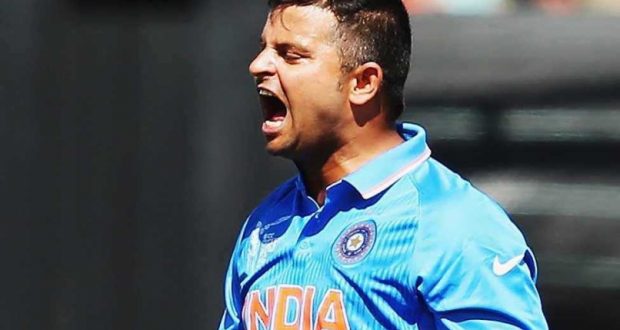 I was dropped despite performance: Suresh Raina

NEW DELHI: Suresh Raina says he was “hurt” after being dropped from the Indian team despite performing well, but now that he is back in the mix, the southpaw is determined to make the most of the upcoming T20 series in South Africa.

“I was hurt on getting dropped even after performing well. But now I have cleared the Yo-Yo test and feeling so strong. During all these months of hard training, the desire to play for India again grew only so much stronger,” Raina told Aaj Tak.

“I won’t leave it here. I have to play for India as long as possible. I have to play the 2019 World Cup because I know I have done well in England. There is still a lot left in me and I am extremely confident of doing well in these three games in South Africa,” he said.

“Yes, I am 31 but, as they say it, age is just a number. The other day when my match clothing arrived, I had the same feeling like I got before making my India debut. It is so special,” he said.

The left-hander last played for India in the T20 series against England and scored an impressive 63 in the final match at Bengaluru in February last year. However, failure to clear the Yo-Yo test kept him out of the Indian team.

“My family became my biggest strength during this trying time. I played a lot of domestic cricket and focused on clearing the Yo-Yo test too. I worked really hard on it at the NCA. I have always been fit during my entire career but it is just that at time you get down injuries or niggles and that hampered the preparation to clear the test.”
With the likes of Manish Pandey, Dinesh Karthik, Kedar Jadhav and Ajinkya Rahane still trying to cement their place in the Indian ODI middle order, Raina knows a few good knocks in the T20 format can help him get a look in the 50-over format ahead of the 2019 World Cup.
“If you talk about the No 4 slot in the ODIs, it is not an easy one to bat on. Most of the time the team is in a tricky situation when the No 4 comes to bat, especially while chasing. One needs to attack, change the gears constantly. I personally feel that the No 4 and 5 slot suits more to my style of batting,” said Raina.
Source: Times of India
2018-02-15
Ismail Zaorez