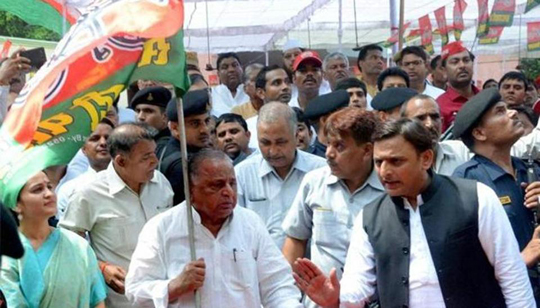 Party insiders are not discounting chances of a fractured verdict after the seven phases of polling come to an end on Wednesday in the absence of any wave.

After all the key players talked about notching up 300 plus of the 403 seats, talks of a hung house suddenly gained momentum in the last phases of polling with Prime Minister Narendra Modi himself flagging the possibility of a hung assembly in the state.

Modi said SP and BSP were waiting for such an opportunity for bargaining, prompting Chief Minister Akhilesh Yadav to comment that after dreaming of 300 plus seats, Modi was now talking about a fractured verdict.

The contest is between the BJP, the ruling Samajwadi Party along with partner Congress and Mayawati’s Bahujan Samaj Party, which is looking to script a comeback in the state.

Mayawati’s party had won only 80 seats with 26 per cent votes.

The two regional heavyweights saw a steep fall two years later, with the BJP and its ally Apna Dal sweeping the 2014 general election, winning 73 of UP’s 80 seats with 42 per cent of the vote share.

The BJP can afford to lose 7 per cent of its vote share from 2014 to still win this year, while SP-Congress must gain 6 per cent to reach 35 per cent, and BSP will have to stretch about 15 per cent to win.

The BJP is counting on its core support base – urban voters, the youth and upper caste voters, while Akhilesh hopes to consolidate his party’s traditional Muslim-Yadav vote bank with his partnership with the Congress and is also targeting the Muslims who may vote for the BSP.

Mayawati’s party is seeking to consolidate its hold in rural UP and has fielded about 100 Muslim candidates to win support from that community.

Voters threw hung houses in the state for 14 years and that trend changed from 2007 when people decided to deliver a clear mandate.

This time, with no clear wave in favour of any party and each of the key players claiming to get over 300 of the 403 seats at stake, party insiders say the outcome is unlikely to go in one direction.

The Assembly elections are being viewed as ‘CM Sey PM Tak’ (From CM to PM) as Modi will be aspiring for a second run.

With the presidential polls also due later this year, UP’s strength will be at full play, raising the stakes of all major parties. BJP’s one-fourth of Lok Sabha strength comes from UP.

But after three clear verdicts in the 2007, 2012 and 2014 general elections, the spectre of a hung house looms large over the state once again with party insiders saying the main reason being the absence of any single issue binding the state.

Demonetisation could play both ways for the BJP, analysts said.

Besides, a split in the traditional vote banks on caste and communal lines and shifting loyalties have thrown spanners in the scheme of things of key parties.

Muslims were highly confused whether to stick to SP or switch over to BSP in view of the factional feuds in the ruling party, which they have supported traditionally post the Babri Masjid demolition.

But this time around they have been wooed by BSP to the hilt with Mayawati giving nearly 100 tickets to Muslims and asking the community not to fritter away their votes and in the process help BJP.

SP, on the other hand, cautioned the Muslims not to back BSP, saying Mayawati had fielded so many Muslim candidates to indirectly help the saffron party – pre-poll and if need be post-poll too.

Confusion over the chief ministerial face of BJP and not giving tickets to any Muslim candidate could affect the prospects of the saffron party in addition to note-ban pain, feel political pundits.

Union ministers Rajnath Singh, Uma Bharti and Mukhtar Abbas Naqvi have said on record that BJP could have given tickets to the community.

Rajnath also said BJP’s position would have been stronger if SP had not forged alliance with Congress. His remarks came amid reports that Muslims might support the fledgling coalition.

The political scene in Uttar Pradesh has been dominated by the SP and BSP since 1990s, and if the BJP came to power in the state, it was courtesy the BSP or by breaking small parties to cobble up a majority in the state assembly.

The ruling SP could have performed better had the family feud not played a spoiler. The party has been battered by bitter power struggle between Akhilesh and his uncle Shivpal, who is supported by his father and party patriarch Mulayam, and the feud between the warring factions refused to die down.

The chief minister took control of the party on January 1 after ousting Mulayam at an “emergency national convention” and also sacked his uncle as the party’s state unit chief. He also did not want parliamentarian Amar Singh in the party.

Then came the fight for its symbol ‘bicycle’ over which both the factions had laid claim before the Election Commission, giving enough indication that any reconciliation was unlikely.

The BSP led by firebrand Mayawati was considered a strong claimant for the chief minister’s post till it an exodus of senior leaders from the party.

The BSP’s core vote of 21.5 per cent Dalits is not intact. The rainbow coalition of Dalits, Muslims and Brahmins that had brought her to power in 2007 has also split up.

Though the BSP’s Brahmin face SC Misra extensively toured the state, her party’s fate is in the hands of the Muslims.

The BJP has been eyeing UP ever since its spectacular victory in 2014. Its national president Amit Shah launched a spate of public mobilisation programmes including the Parivartan Yatra.

However, their trump card is Narendra Modi who remains a popular figure in the state. He has also been working on stitching alliances with various castes as well as smaller parties.

The state’s senior leader Rajnath Singh has appealed to the masses to end their 14-year-long ‘vanvaas’ (exile).

Previous: A traitor can’t be my son, won’t take his body: Father of Lucknow terror suspect
Next: 3 workers die while cleaning manhole in Bengaluru 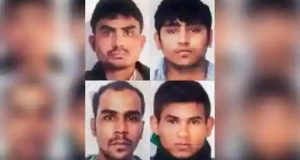 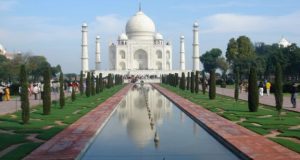 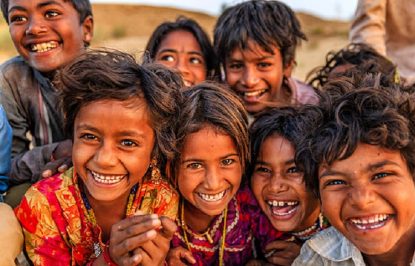 Geneva: India ranked 77th on a sustainability index that takes into account per ...