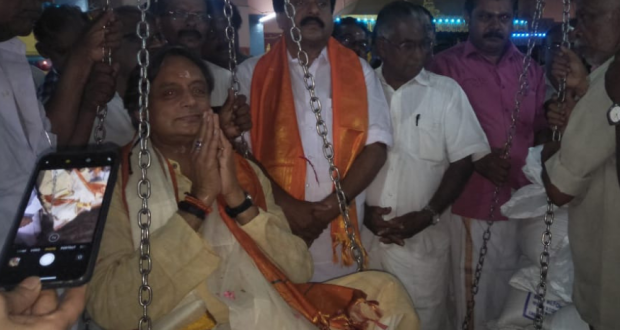 Shashi Tharoor injured after fall from balance scale at Kerala temple, gets 11 stitches after head injury

Thiruvananthapuram: Congress MP and candidate from the Thiruvananthapuram Lok Sabha constituency, Shashi Tharoor, cancelled his election rally here on Monday after he was injured while making a Thulabharam offering at a temple.

The incident occurred at the Gandhari Amman Kovil temple in Thampanoor, after the weighing scale on which the leader was sitting, broke and fell on his head.

Tharoor, who sustained injuries on the head, was rushed to the nearest hospital for preliminary treatment, after which he was shifted to a super-speciality hospital. He got 11 stitches – six and five each, on both sides of the head and is out of danger, doctors said.

Election Commission committee chairman Thampanoor Ravi has confirmed that Tharoor’s campaigning plans for the day have been postponed.

The Congress leader has been on a campaign trail and had earlier performed Thulabharam in Kazhakkoottam constituency before kick-starting his election campaign from there.

“Started my paryadanam of Kazhakoottam yesterday on a unique note – with a ‘thulabharam’ of bananas! At least in temples I can claim to be a “heavyweight politician!” he had tweeted.

Started my paryadanam of Kazhakoottam yesterday on a unique note – with a ‘thulabharam’ of bananas! At least in temples I can claim to be a “heavyweight politician”! pic.twitter.com/vR4ytAsI4v

Congress’ Tharoor is the two time sitting MP from the constituency. He is up against the NDA’s Kummanam Rajasekharan, a BJP leader and former Governor of Mizoram; and the LDF’s C Divakaran, a former trade union leader as well as the sitting MLA of the Nedumangad constituency.

All 20 seats in the state of Kerala go to polls in a single phase on April 23. 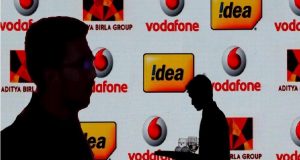 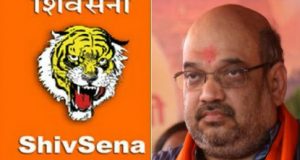 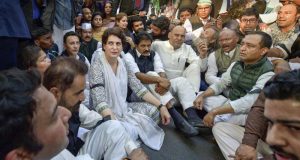 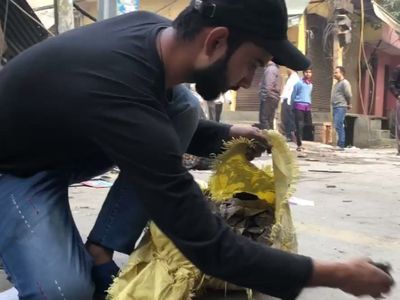