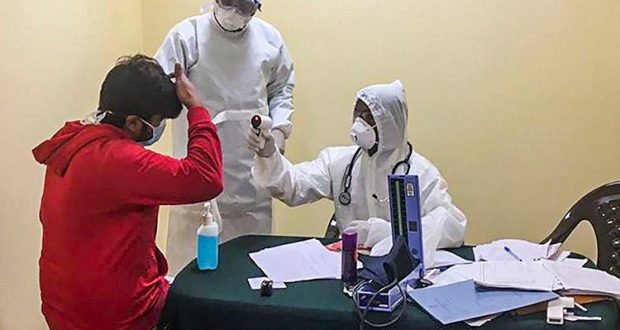 “Just as in the case of Nipah, Kerala has won the battle with coronavirus. All the three patients identified have been confirmed by central authorities to have fully recovered,” said the Minister said in his tweet.

Kerala was the only state in the country to have reported positive cases of coronavirus so far. All the three patients are students who returned from Wuhan City in the Hubei Province of China, which is the epicentre of the coronavirus outbreak.

The state government had declared on Thursday that the first two reported cases — students from Thrissur and Alappuzha — have fully recovered. The patient from Alappuzha has been discharged from the hospital. The third positive case, a student hailing from Kasaragod district in Kerala, has also been tested negative after a re-test. The third patient, however, continues to be under observation.

Minister Thomas Isaac also said in his tweet that no secondary spread of coronavirus was reported in the state. Congratulating the Health Department for its efforts, he said that the number of patients under quarantine at homes and observation in hospitals has also come down drastically.

As per the latest update, 1,062 people have been so far relieved from home quarantine. At present, 2,397 people are under surveillance in the state.  Of which 2,375 are under home quarantine and 22 under isolation in hospitals. Days before the Centre announced a travel ban to China, the Health Department of Kerala had sprung into action by tracing those who are returning back from China and other countries. The people who returned and others who came in contact with these persons were tracked down and were kept in home quarantine, while those who exhibited symptoms were kept in isolation at hospitals.

Kerala had even declared coronavirus to be a ‘state disaster’ on February 3 as the positive cases reported reached three. This was later withdrawn three days later as no new cases were reported and many under isolation were tested negative.

During the second Nipah outbreak in 2019, the state had also arrested the spread of the disease. Not only did the first and only patient, a native of Kochi, recover, but no other person in the state contracted the infection.

Kerala’s recovery has, in fact, given a message out to other countries that, with proper isolation and quarantine measures, the spread of the COVID-2019, which has claimed down thousands of lives in China alone, can be arrested.