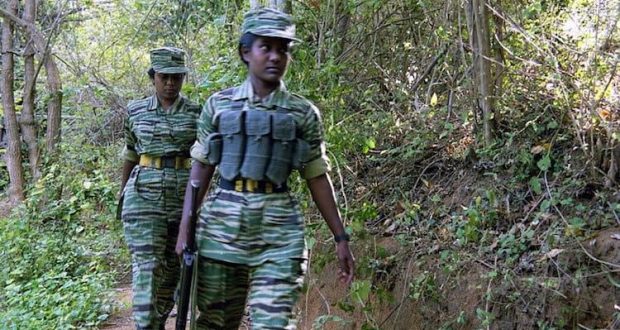 The Indian government has extended for another five years its ban on the Liberation Tigers of Tamil Eelam (LTTE), which assassinated former Indian Prime Minister Rajiv Gandhi in 1991, it was announced on Tuesday.

The step was taken under sub-sections (1) and (3) of section 3 of the Unlawful Activities (Prevention) Act, 1967 (37 of 1967) with immediate effect, an official notification said.

“The LTTE’s continued violent and disruptive activities are prejudicial to the integrity and sovereignty of India; and it continues to adopt a strong anti-India posture as also continues to pose a grave threat to the security of Indian nationals,” the announcement said.

The LTTE, which was described as a militant and political organisation, has been blamed for the May 1991 suicide bombing at an election rally near Chennai which killed Rajiv Gandhi and several others, prompting one of the biggest crackdowns in India.

New Delhi first outlawed the LTTE in 1992 and has periodically extended the ban.

The Tigers were also blamed for many high-profile assassinations including that of then Sri Lankan President Ranasinghe Premadasa and Defence Minister Ranjan Wijeratne in Colombo as well as leaders of the rival EPRLF group in the heart of Chennai.

At one time, the LTTE controlled one-third of Sri Lanka’s land territory and two-thirds of the island nation’s coastline before it was crushed by the military in May 2009 in a gruesome war that claimed thousands of lives.

LTTE supporters based outside Sri Lanka continue to spew hatred against India, blaming New Delhi for the group’s military destruction.

Previous: Special prayers offered by Muslim brethren for favourable monsoon
Next: In a first, Navy to hold entrance test for officers’ posts