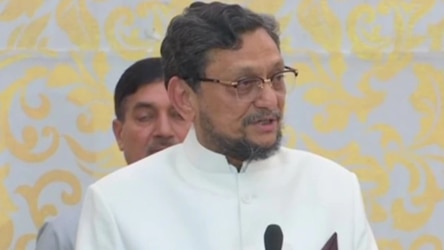 The country is witnessing troubled times and petitions in Supreme Court should not exacerbate the situation, Chief Justice of India SA Bobde observed on Thursday on an unusual petition that wants the top court to declare the contentious Citizenship (Amendment) Act as constitutional.

Parliament last month cleared the law to amend the Citizenship Act that empowers the government to grant citizenship to religious minorities from three Muslim-majority countries in India’s neighbourhood.

The law, seen as a precursor to the rollout of the national register of citizens, has been sharply criticised on grounds that it discriminates against people on grounds of their religion.

“Country is going through difficult times. As it is, there is a lot of trouble. The object should be to bring about peace. Such petitions don’t help”, Chief Justice Bobde said, a reference to the widespread protests – some of them violent – that broke out after parliamentary approval to the law.

Several states ruled by opposition parties such as Kerala and West Bengal have already declared that they would not implement this law.

The petitioner’s lawyer said that he is seeking declaration of the CAA as constitutional apart from seeking directions to be issued to state governments to implement the Act.

The CJI, however, was not impressed.

“You know that there is a presumption of constitutionality (of laws). We don’t mean to be offensive but we have never heard of petitions like this asking that Act should be declared constitutional”, the CJI observed.

The law was notified in the official gazette but is yet to come into force.

Home Ministry officials have said they were still to finalise the rules that would govern implementation of the law.