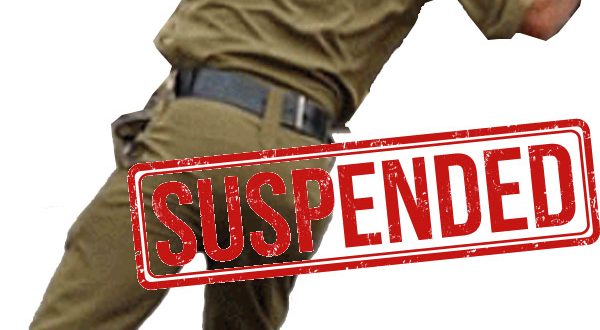 Udupi: Two police personnel, including a sub-inspector, were suspended, on Monday night for alleged dereliction of duty in a case of moral policing reported at Udupi Police Station.

District superintendent of police Nisha James issued the suspension orders for sub-inspector Anand Padmananbha and a head constable for not registering a FIR and not apprising the higher authorities about the incident.

Earlier on November 2 late evening Sunil Poojary, Rakesh Suvarna and others had assaulted Shivani and her friends from other communities at a park here.

Anand Padmananbha had taken Shivani’s statement about the incident but did not file an FIR. Later Sunil and his friends posted pictures of Shivani and her friends on different social media platforms after downloading it from Facebook.

It is reported that no action was taken by sub-inspector Anantapadmanabha against this and as a result, he was suspended from his duty.